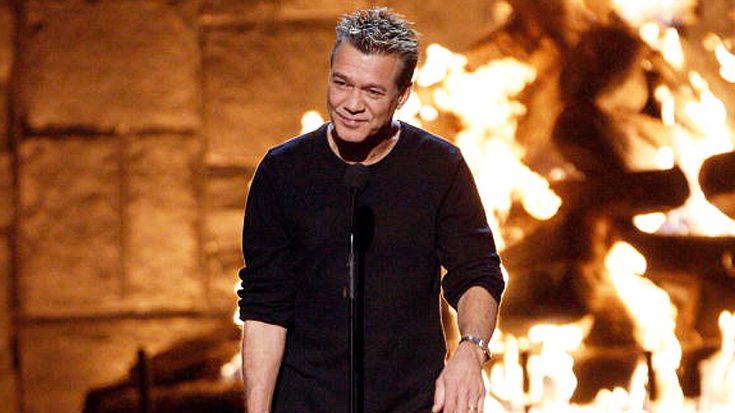 Eddie Van Halen Opens Up To His Audience

Eddie Van Halen is undoubtably one of the most iconic and influential guitarists that have ever graced the rock scene. He has never claimed to be the inventor of the various guitar techniques that he has made famous, but many could argue that he is one of the best at them. When you’re this good and this popular, life will take its toll on you. EVH, unfortunately, was no different. He has had quite a crazy life being a famous rockstar and all. The point I’m trying to make here is that EVH has often opened up about his past life. This video here, he does just that, but in the most powerful way.

What you’re about to watch is Eddie Van Halen take to the stage and accept the Guitar God Award live at the Spike TV Awards. Upon accepting the award, Eddie Van Halen is brought to tears. After his speech, he is given a standing ovation. See for yourself.