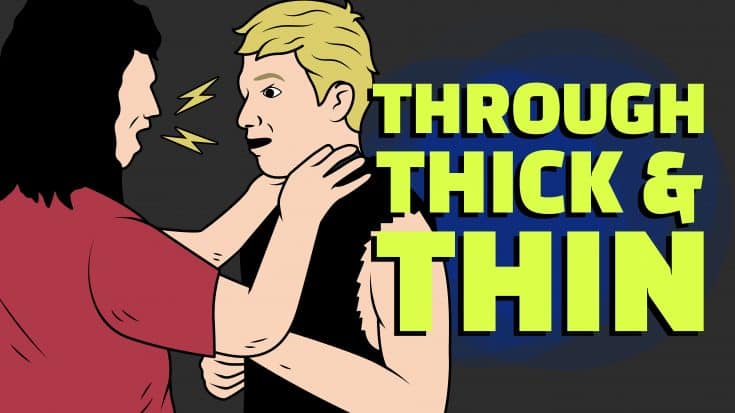 Feud and conflict among band members isn’t unheard-of. When you’re together almost 24/7 in the recording studio or on the road, misunderstandings and arguments are inevitable. For most groups, it would result in dismissal or walking out. But for the following bands, they stayed together for some reason even after public spats.

Let’s take a look at them:

The progenitors of heavy metal had a dysfunctional relationship. At their peak, there was an endless supply of cocaine and alcohol. It got to a point when Ozzy Osbourne became increasingly unreliable like not showing up for weeks even when they were scheduled to record new music. In turn, it affected his bandmates in different ways. Bassist Geezer Butler, who quit drugs already, just wanted to write a new album. Guitarist Tony Iommi wanted to get drunk and high. Drummer Bill Ward, on the other hand, was drunk pretty much 95% of the time. So they decided to fire Osbourne which angered the singer.

He said, “I’d be lying if I said I didn’t feel betrayed by what happened with Black Sabbath. We were four blokes who’d grown up together a few streets apart. We were like family, like brothers. And firing me for being f—ed up was hypocritical bulls–t. We were all f—ed up. If you’re stoned and I’m stoned and you’re telling me that I’m fired because I’m stoned how can that be? Because I’m slightly more stoned than you are?”

Osbourne hit rock bottom and in an unexpected turn of events, formed his own band and had one of the most stunning career comebacks in rock history. Black Sabbath hired Ronnie James Dio to replace Osbourne, then Ian Gillan. In 1983, Ward quit the band because he got scared of touring. After Gillan left, their hired an unknown singer named David Donato and at the same time, Ward joined them again. They had a few more singers until 1997 when Iommi got the original lineup back together.

By 2011, both Osbourne and Butler claimed there wouldn’t be a reunion but a few months later, they were rehearsing together. They announced their disbandment in 2017 but Osbourne has expressed his interest in getting back together for a one-off performance.

Formed by brothers Ray and Dave Davies, they constantly fought throughout their career but they stayed together in the band for over three decades. In fact, Dave was too drunk and essentially ruined Ray’s wedding in 1964. On Dave’s 50th birthday, Ray smashed his cake. They broke up in 1997 because of tension between Ray and Dave but in 2018, the brothers confirmed that they’re reforming.

During their heyday, Axl Rose didn’t have a stable relationship with his bandmates especially Slash. Aside from creative differences, they didn’t get along especially with Axl Rose’s wild and manic behavior. From throwing tantrums on stage to having feuds with other rockstars, their frontman had little regard when it came to other people. And after not speaking to each other for 20 years, it was Axl Rose who first reached out to Slash. They reunited in 2016 and embarked on the massive “Not in This Lifetime… Tour” which grossed over $584 million by 2019.

They’ve had several conflicts over the years, leading to the departure of some of their members. Fortunately for fans, they got back together eventually. Steven Tyler and Joe Perry, for one, have a pretty toxic relationship. Perry once summed it up to Smashing Interviews, “It’s pretty much what it is. You can love your brother, but you don’t have to like him. We have our ups and downs. He’ll say stuff in the press and I’ll think, ‘What the hell is he talking about?’ Next time I see him, it’s all hugs and kisses.”

More recently, drummer Joey Kramer sued Aerosmith because they wouldn’t let him play. A few weeks later, he showed up with the band at the MusiCares Person of the Year gala and on February this year, played with them at a Las Vegas show.

As to why Fleetwood Mac has stayed together all these years, we do not know. When we think of dysfunctional bands, they’re one of the first ones to come to mind. Just take their magnum opus “Rumours” for example. It was born out of the unstable and crumbling relationships among members, and they basically used music to get back at each other. Then there’s the matter of Stevie Nicks and Lindsey Buckingham. Before Buckingham left the group, he allegedly slapped Nicks in full view of their bandmates.

Fleetwood Mac got back together to embark on a tour in 2018. They were busy rehearsing and a few days later, Buckingham was sacked.