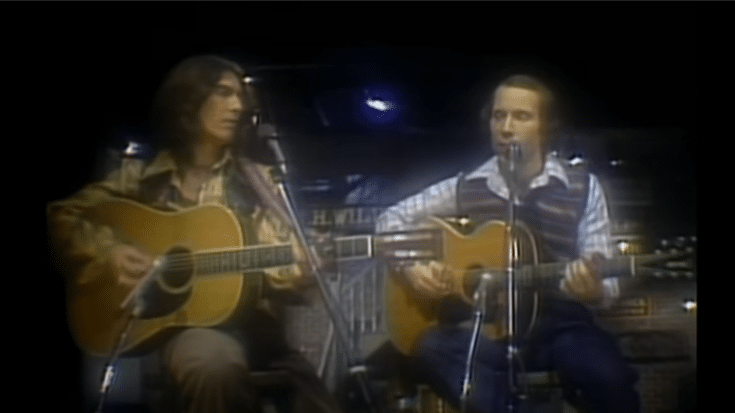 It was on April 24, 1976 when Saturday Night Live producer Lorne Michaels famously offered $3,000 to The Beatles to reunite on the show and perform three songs. Nobody knew at the time but John Lennon and Paul McCartney were hanging out just a few blocks away and considered going to the studio. In the end, the duo didn’t bother.

On May 22, Michaels increased the offer to $3,200 but again, The Beatles decided it wasn’t worth their while.

But a few months later on November 20, George Harrison appeared on SNL and jokingly tried to collect the $3000. Michaels told Harrison backstage, “See, I thought you would understand that it was $3,000 for four people, and it would just be $750 for each of you. As far as I’m concerned, you can have the full $3,000.”

The Quiet Beatle then performed with the episode’s host Paul Simon. They played at least four songs – one of which was the Simon & Garfunkel classic “Homeward Bound.” Hundreds of musical guests have appeared on SNL over the years but this particular performance is deemed on of the best. The pair also took on The Beatles’ “Here Comes The Sun”.

Watch it below and let us know what you think.