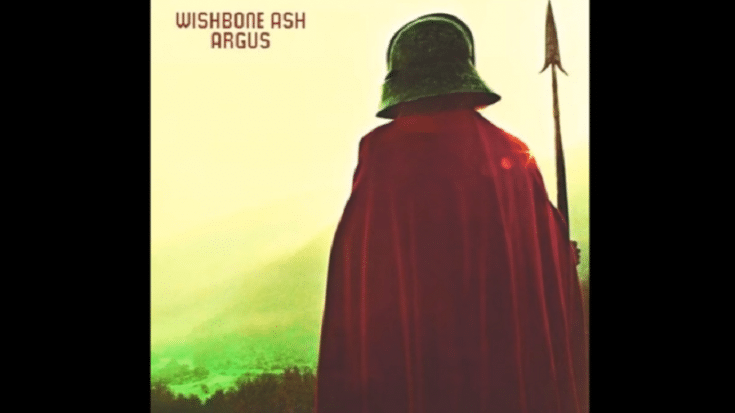 Wishbone Ash formed in 1969 and had a string of hits in the early to mid-’70s. It wasn’t until the release of their third album Argus that they became an international phenomenon. Being one of England’s most popular hard rock acts, they influenced numerous other bands which rose to become legends – Iron Maiden, Metallica, Thin Lizzy, and Van Halen to name a few.

Here are seven of their best songs.

It’s one of their simpler tracks and it has a bit of a country flavor to it. It’s catchy and enjoyable which is why it’s a fan favorite. It may be considered as a weak track in Argus but only because that LP features some of their most creative works.

6. The King Will Come

This song is rather haunting especially since it deals with the apocalypse. Andy Powell told SongFacts, “People really relate to that song. I can’t say that we are a particularly Christian band, as such, but there is this feeling about this song, that it’s a sentiment, it’s a universal sentiment. It’s fairly heavy for that period that it came from. And everybody just loves the intro to it, it just puts everyone in the mood.”

Taken off the medieval-themed Argus, the intro is outstanding. One of the highlights of the band’s entire catalog, it kicks off with a face-melting guitar solo that lasts for about a minute. It’s a full epic rock jam that showcased their excellent musicianship.

This killer rock number highlights Wishbone Ash’s signature style of using twin lead guitars. The guitar playing takes center stage – it’s hard rockin’ and heavy-hitting. The song is powerful and fascinating. Andy Powell admitted that the song was inspired by some American girls they met while touring. He said, “They were far more, should we say, mature, I suppose, in the way they looked. And you had to be careful, because these young girls would just throw themselves at bands, especially English bands. And if you were from a foreign country like England, you didn’t really know the laws and you have to very careful. And this one particular girl inspired that song.”

It’s slow and melancholic but still packs a lot of punch. It’s the same caliber as their other stellar tracks. The guitar work as expected, is impeccable. This soaring ballad is hands-down one of their finest works. It’s an absolute classic.

The intro, bass lines, and guitar solo – it’s what musical perfection sounds like. Clocking in at almost seven minutes, it’s still too short for us though. It starts slow then builds up halfway through- it’s a musical odyssey all in itself. Sometime World is the very definition of progressive rock.

The epic opener to Argus starts off with an acoustic intro before shifting into a hard rock number. The guitar work is enchanting and fun to listen to. This song alone could have carried the entire LP and it will still be regarded as one of the best rock albums to come out of the ’70s.