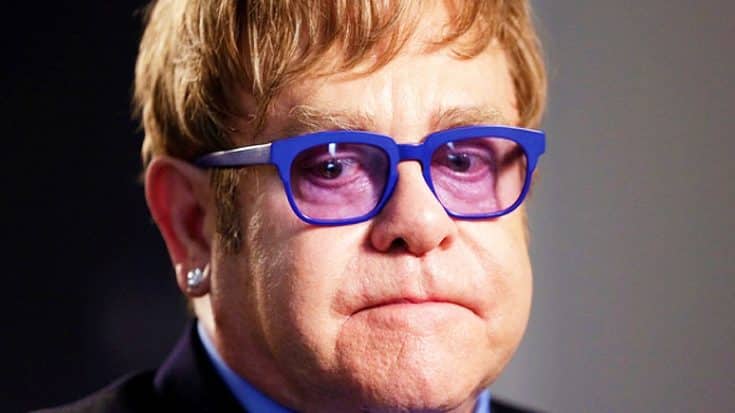 On Monday, Elton John announced that he will be forced to cancel his upcoming tour dates for the next month due to health scare. Elton was scheduled to play a string of shows in Las Vegas and Bakersfield throughout the month of May.

The legendary musician was hospitalized after contracting a rare, bacterial infection. He became violently ill, and many have reported that the infection has been known to be deadly in some cases. He contracted the virus on a flight home from Chile. He spent a few days in intensive care at a UK hospital. According to reports, Elton is resting comfortably at home and released a brief statement to apologize to fans for canceling the dates.

“I am so fortunate to have the most incredible and loyal fans and apologise for disappointing them. I am extremely grateful to the medical team for their excellence in looking after me so well.“- Elton said.

Elton is in our thoughts and prayers, and we hope he makes a full recovery. He is expected to resume his tour in June.