Report: ABBA To Release First New Music In Over 30 Years 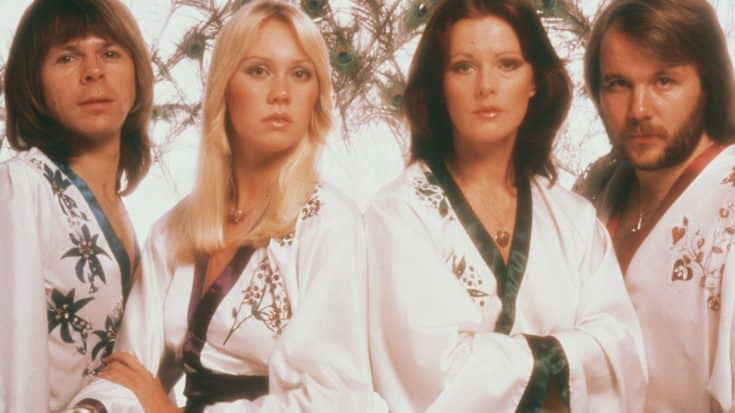 You might want to sit down for this one.

In a month that’s seen some pretty long awaited reunions, perhaps one of the most long awaited band reunions is on its way. Today it was announced that Swedish music legends ABBA have joined forces and taken to the studio, recording their first round of new music in 35 years.

Yep, you read that right: ABBA is back.

The band released a joint statement to social media earlier today, band members Agnetha, Benny, Bjorn and Anni-Frid proud to announce that their time away from each other felt more like “a short holiday” versus the nearly 4 decades it’s actually been, and if what ABBA just said is anything to go by, the music is just as good as it was when they left us – if not better. ABBA’s joyous news goes hand in hand with the announcement that the band will be touring as holograms in 2019.

“The decision to go ahead with the exciting ABBA avatar tour project had an unexpected consequence. We all four felt that, after some 35 years, it could be fun to join forces again and go into the recording studio. So we did. And it was like time had stood still and that we had only been away on a short holiday. An extremely joyful experience!

It resulted in two new songs and one of them “I Still Have Faith In You” will be performed by our digital selves in a TV special produced by NBC and the BBC aimed for broadcasting in December.

We may have come of age, but the song is new. And it feels good.

After 35 years apart, you have to wonder if a reunion of ABBA’s kind was as emotional as one would expect.

According to ABBA’s spokesperson Gorel Hanser in an interview with the BBC, the answer was absolutely yes.

“It was like no time had passed at all,” Hansen gushed. “It was like the olden days. They were happy, it was easy and warm-hearted, and it was actually quite moving. I wasn’t the only one with tears in my eyes.”

While fans have next year’s hologram tour and the two new songs to look forward to, Hanser warns that ABBA’s reunion is only “a studio moment, I can promise you.” There are no plans for the band to perform live and in the flesh any time soon, so “don’t expect too much”.

In a year where artists and bands are separating left and right, ABBA’s reunion – even if it’s just in the studio – is more than we could ask for and we can’t wait to see what they’ve got to share with us!