Remembering 5 Of Eagles’ Performances Back In The 1970s 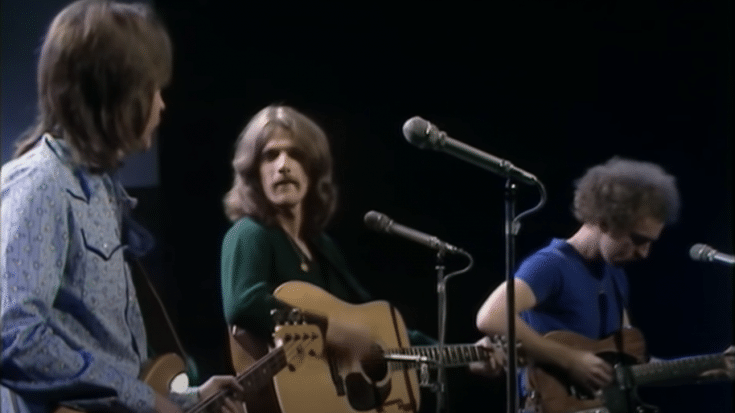 Formed in 1971,The Eagles had a series of hits in the ’70s and with over 200 million records sold worldwide, they’re one of the best-selling artists of all time. In 1998, they were inducted into the Rock and Roll Hall of Fame. Let’s go back to the golden era of rock ‘n roll and revisit their most unforgettable performances.

With its three-part harmony, it’s one of their most popular songs. Jack Tempchin wrote it while he was still performing in coffee shops. He later moved to Los Angeles where he met Glenn Frey. It’s one of Frey’s most favorite Eagles songs and according to Tempchin, “It’s not a love song exactly. The guy’s going, ‘Hey, either way it’s going to be fine.'”

Although this song was a huge success, it also caused a rift between the band members. Randy Meisner sang lead and it became a fan favorite during concerts. Meisner worried about hitting the high notes but Frey always pushed him to perform it. At one point, Meisner refused to sing it and it led to a physical confrontation with Frey backstage.

Another composition by Jack Tempchin, he sent a tape to Frey through the mail. Story has it that Frey recently ended a relationship at the time which made the lyrics more meaningful to him.

One of their signature songs, Jackson Browne started writing the song but didn’t quite know how to finish it. Frey, who lived in the same apartment building, offered to help. Browne admitted, “And he finished it in spectacular fashion. And, what’s more, arranged it in a way that was far superior to what I had written.” As for Frey, he cited it as an important Eagles track because for him, it represented “America’s first image of our band with the vistas of the Southwest and the beginnings of what became Country-Rock.”

No Eagles list is complete without throwing in the masterpiece Hotel California. With its glorious guitar solo, it’s no wonder why it became such a massively popular recording. The band has performed it more than a thousand times already and it was always a hit with the audience.