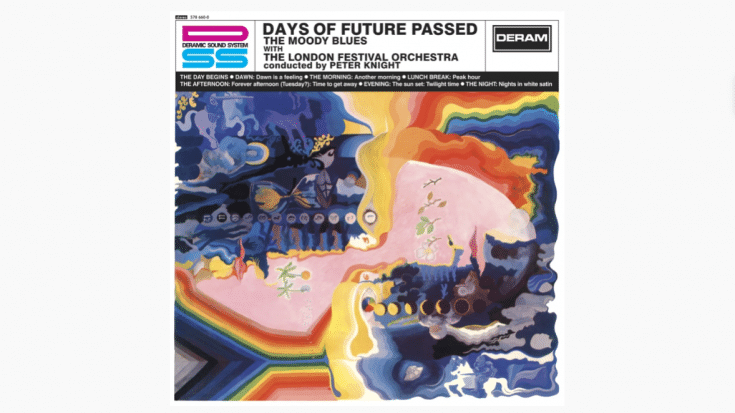 The Moody Blues reinvented themselves with the release of their second album Days of Future Passed on November 10, 1967. It took them over two years to follow-up their debut LP Go Now and it was a quantum leap in terms of sound. They went from being a rhythm-and-blues band to progressive rock pioneers. By 1967, the band struggled with the lack of commercial success and consequently, financial difficulties.

Days of Future Passed was a game-changer. Not only did their sales steadily increased, the record also put them on the map. The album was groundbreaking and innovative, unlike anything which has been released at that point. It was a bold and risky move but they didn’t have much to lose especially since they were going nowhere and no money was coming in.

The transition between its predecessor and Days of Future Passed was nothing short of astounding. Here are its best three songs:

Written by Justin Hayward, it’s their most popular song. He got the idea for it after someone – probably a girlfriend – gifted him white satin sheets. He was just 19 years old at the time and he called Nights in White Satin “very powerful” and “very personal”. He said, “Every note, every word in it means something to me and I found that a lot of other people have felt that very same way about it.”

Hayward wrote the song on, you guessed it, a Tuesday afternoon while visiting Lypiatt Park – his mother used to bring him and his brother there and during the sessions for Days of Future Passed, he went to the park for the sole purpose of writing the song. He quickly wrote it and said that the “song just came out.”

(Evening) Time to Get Away

A composition by bassist John Lodge, it’s about coming home at the end of a busy day at work. It’s the second part of Tuesday Afternoon.