1979: Gregg Allman Gives Us The Proper Blues With ‘It’s Not My Cross To Bear ‘ 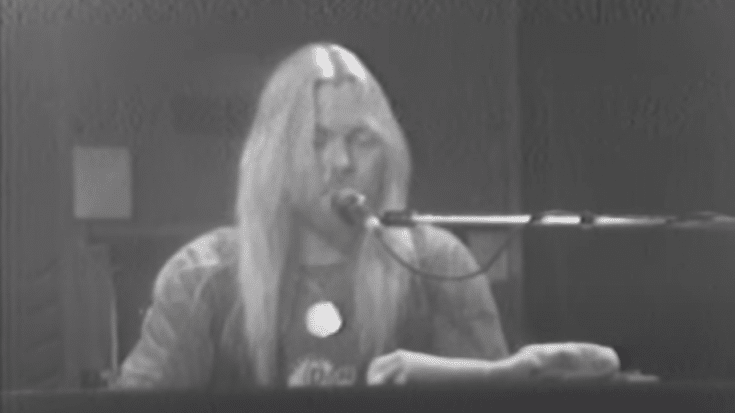 On April 20, 1979, The Allman Brothers Band played at the Capitol Theatre in Passaic, NJ. One of the songs on their setlist was It’s Not My Cross to Bear which was written by Gregg Allman about an old girlfriend. It was originally released on their self-titled debut studio album in 1969.

During the concert, they mixed original compositions with covers. The Allman Brothers Band also invited some musical guests including Bonnie Bramlett and John Belushi. The show was broadcast live on WNEW and presented by John Scher.

My Cross To Bear is also the title of Gregg Allman’s autobiographic memoir.

The Allman Brothers Band has one of the most tragic stories in rock ‘n roll. Just a few months after they got their breakthrough with the release of At Fillmore East, leader and co-founder Duane Allman died from a motorcycle accident. A year later, bassist Berry Oakley also passed away. They dissolved in 1976 following after some in-fighting but got back together two years later. They hit the road again but once more dissolved in 1982.

They reformed in the late 1980s, toured heavily, and released a couple of records. In 1995, the Allman Brothers Band was inducted into the Rock and Roll Hall of Fame.