Back To The 70s: Led Zeppelin Delivers A Rare Performance In France 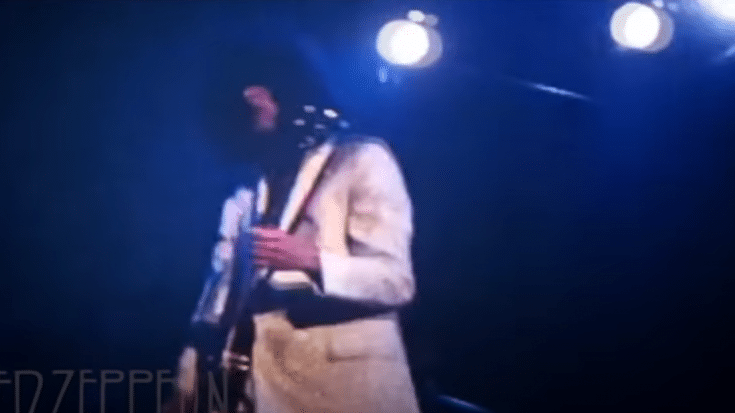 On March 26, 1973, Led Zeppelin played at the Palais des Sports in Lyon, France​. This was the band at their heyday. They were at the top of their game and it showed in their live shows.

From Robert Plant’s distinctive howls and banshee screams to John Paul Jones’ unforgettable basslines, and of course Jimmy Page’s wild solos and John Bonham’s thundering drums – they were virtuoso musicians who didn’t come to play, they meant business. At this point in their career, they already amassed a massive following and have established themselves as titans in hard rock and heavy metal.

Their 1973 European Trek kicked off on March 2 at Copenhagen, Denmark and wrapped up with a two-night run at Saint-Ouen in France. Although the band brought their A-game, the tour was rather notable for the violence displayed by some fans during the concerts. In fact, their gigs at Marseille and Lille were canceled because of the riots at their earlier shows in France.

The quality of the video below isn’t the best but it still captured the vibe and atmosphere during that particular stop. As a live act, Led Zeppelin was something else. At their peak, they were simply unrivaled.