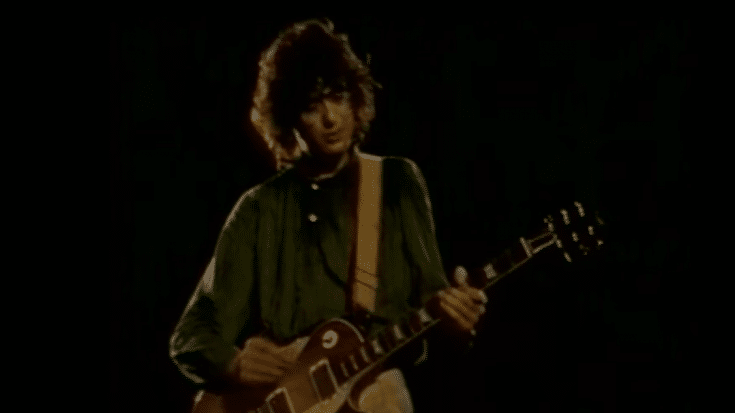 Spectacular – Check It Out

In 1979, Led Zeppelin performed one of their classics – Heartbreaker from their 1969 album, Led Zeppelin II. They recorded it in New York City during their second North American tour.

Featuring Jimmy Page’s iconic guitar riff and a face-melting solo, it’s a crowd favorite and they often opened their concerts with this track. And of course, it was Page’s chance to show off his chops so he’d extend the solo and even incorporate other songs into it like Bach’s “Bouree in C minor.”

Interestingly, Page revealed to Guitar World that he recorded the solo in a different recording studio and in fact, they were already done with Heartbreaker at the time. He called it “an afterthought” and something they “sort of slotted in the middle.”

And this particular solo influenced other guitarists including Eddie Van Halen who admitted that he “got the idea of tapping watching Jimmy Page do his “Heartbreaker” solo back in 1971.” He recalled, “He [Page] was doing a pull-off to an open string, and I thought wait a minute, open string… pull off.” So EVH “kind of took it and ran with it.”

Another guitar god, Steve Vai, told Guitar World that Heartbreaker‘s solo “had the biggest impact on me as a youth” and that for him, it “is the definitive rock guitar solo.”