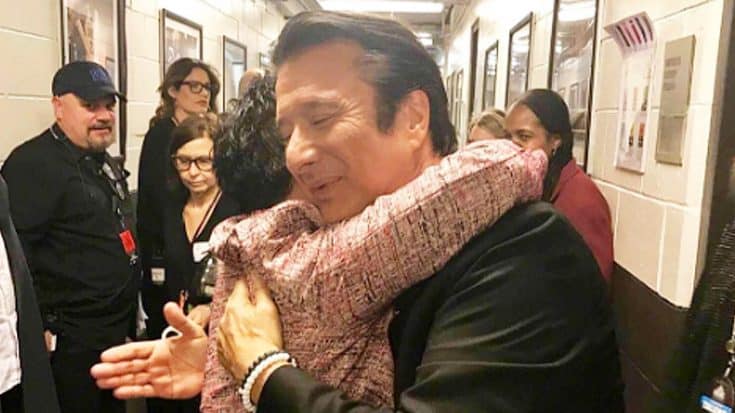 Arguably the hi-lights of the entire Rock & Roll Hall Of Fame Induction Ceremony in 2017 were anything having to do with Journey on that night. It’s been unbearably long overdue, but the legendary rock band Journey has finally been inducted into the Rock & Roll Hall Of Fame. This particular induction was interesting for a couple of reasons. We didn’t know if Steve Perry would even show up, and if he did, would he perform with Journey, and so on and so forth…

Nevertheless, Steve Perry did show up, unfortunately he did not sing with them. Singing duties were left to now longtime Journey singer Arnel Pineda who has admittedly done a fantastic job. Arnel Pineda has made it very well known that Steve Perry is one of his all time heroes, and luckily for Arnel, he finally got to meet him.

In his acceptance speech, Steve Perry expressed a great deal of gratitude towards the singer for all of his hard work, and it seemed to all be worth it for Arnel Pineda as he finally got to meet the man who started it all for him.