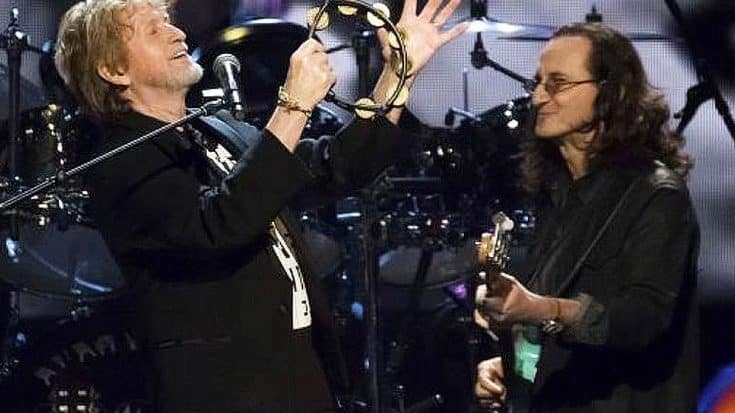 Friday night’s Rock and Roll Hall of Fame induction ceremony was a night of many firsts; it marked Steve Perry’s first public appearance with Journey in over 20 years as well as Gregg Rolie’s first time being inducted into the Rock Hall more than once and to the delight of devoted fans around the world, the night also marked the long awaited induction of progressive rock giants Yes and with it the highly anticipated return of co-founder Jon Anderson.

Returning to the band he’d helped found after more than 13 years away, Anderson’s special appearance answered a few questions burning on the minds of Yes fans for months: would Yes, with all its many factions, be able to peacefully unite on one stage and if so, would the long-talked about collaboration with Rush’s Geddy Lee actually happen?

The answers to both questions proved to be yes! Together with fellow inductees Steve Howe, Trevor Rabin, Rick Wakeman, and Alan White as well as Geddy Lee filling in on bass, Jon Anderson led Yes and the audience on the performance of a lifetime that kicked off with a particularly devastating jam of “Roundabout” from Yes’ 1971 album Fragile, making the dreams of progressive rock fans come true in just a few short minutes.

Fun Fact: The song was written while they were promoting The Yes Album.

Unfortunately, that was the only song to feature Geddy that night; once “Roundabout” wrapped, Lee left the stage and his onetime bandmates proceeded without him for an extended jam of “Owner Of A Lonely Heart”. No matter – I know I’m not the only one who’s dreamed of a collaboration between Yes and Rush in any incarnation I can get my hands on, and “Roundabout” was every bit as amazing as I’d imagined!