Remember The Time Chuck Berry Booted Keith Richards Off His Stage? We Do, And It’s Still Hilarious 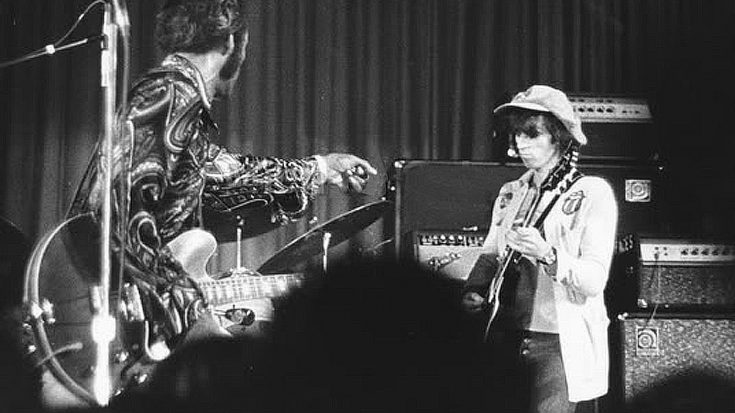 It’s pretty safe to say that Keith Richards and Chuck Berry enjoy a very strange friendship. Whenever Chuck is around, Keith can usually plan on being ignored, yelled at, punched in the face, burned with a lit match, or in the case of one particular show back in ’72 actually booted offstage completely – and this unlikely pair wouldn’t have it any other way.

In 1972, Chuck was performing at the Hollywood Palladium as a supporting act for Southern rock greats Black Oak Arkansas; Berry, now 90, didn’t bring a backing band, leaving the task to main act Black Oak Arkansas whose frontman Jim Mangrum thought it would be a great idea to see if The Rolling Stones, working in Los Angeles, would be free to act as Berry’s backing band – without telling Chuck.

Cue Keith Richards. Keith showed up with Rolling Stones session keyboardist Nicky Hopkins and joined Chuck onstage and for a time, it looked like all was well. That is, until Chuck took issue with the sound and actually announced over the microphone that he only needed the drummer and bass player – meaning that he wanted both Richards and Hopkins to get the hell off of his stage. Understandably upset, Keith left and it wasn’t until after the show that Chuck revealed that he “didn’t recognize” the 29-year-old Rolling Stones axeman.

Judging by the fact that 45 years later Keith and Chuck still enjoy a fulfilling – albeit strange – friendship, we’re going to hazard a guess and say that Keith has long since forgiven Chuck for that night in 1972!