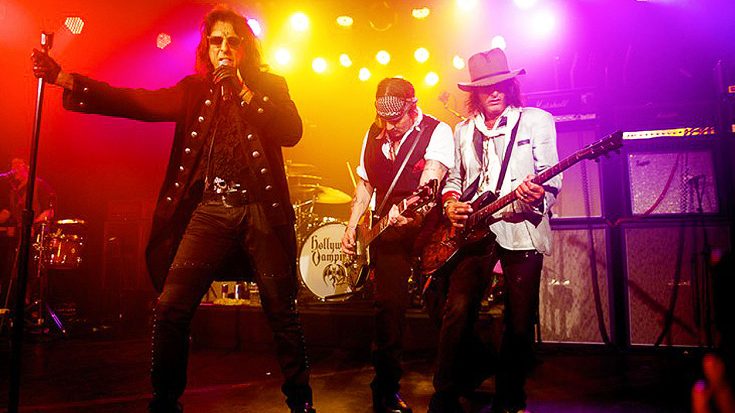 Last year was a rough one for Joe Perry. The Aerosmith guitarist suffered cardiac arrest on stage during a show with his side-project Hollywood Vampires. Thankfully, Joe was able to make a full recovery, and has hit the ground running in 2017.

Joe and his Hollywood Vampires recently performed at the 2017 NAMM Tec Awards in Anaheim, California. During the performance, the band strayed away from their original material, and covered Aerosmith’s epic tune “Sweet Emotion.” Although it’s not quite on the level of the original band performing the song (especially considering Steven Tyler is not doing the vocals), the Vampires still manage to do it justice! Joe does an excellent job on the vocals, and the band adds their own flair to the song by having the guitarist utilize a squak box for the weird sounds made in the chorus.

Check out the epic performance down below, and prepare to be amazed! It’s pretty amazing!