Remember That Time Gregg Allman And Cher Sang “Love Me”? We Do, And It Was Awesome 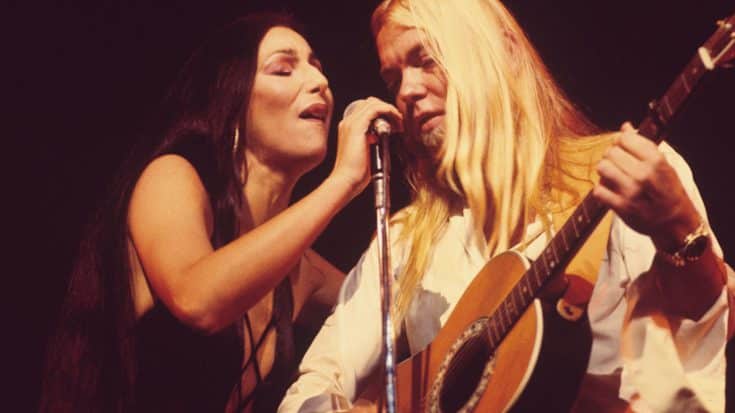 While the union between Gregg Allman and Cher can only be described as turbulent and seemingly unlikely, there were moments in the couple’s life that came together beautifully – and this is one of them. Worlds collided when Allman and Cher collaborated on Two the Hard Way, trying to blend Gregg’s soulful brand of Southern rock with Cher’s more sultry, dynamic pop music and ultimately confusing fans who didn’t know what to expect; but the album’s final track “Love Me,” a bluesy, soul infused tune proved to be the perfect storm for the duo known as Allman and Woman.

Fun Fact: It was love at first sight for Gregg Allman, who says that Cher “smelled like what I imagine a mermaid would smell—I’ve never smelled it since and I’ll never forget it.”

Seen in this footage on The Old Grey Whistle Test in 1977, Gregg and Cher are in perfect sync together – Gregg at his Hammond organ with Cher at her microphone nearby, and whether it’s the loving glances shared between this insanely gorgeous pair that sells their performance of “Love Me” or the power in their voices contrasting wonderfully that does it, we don’t know. All we know is that their appearance on The Old Grey Whistle Test was absolutely awesome, and gives fans a great glimpse at a side of Gregg Allman that we rarely got to see or appreciate. Check it out in the video below!