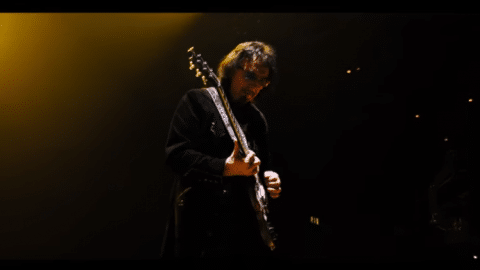 Tony Iommi is one of the most fascinating figures in rock. He co-founded Black Sabbath and composed several of their most iconic songs. Even after losing the tips of his right hand’s middle and ring fingers as a teenager, it didn’t stop him from pursuing his passion in music. Instead, he tried to work around it and therefore found his own playing style – a technique that inspired and influenced countless other axeslingers.

In honor of his guitar deity, here are five of his best solos.

A musical masterpiece, Iommi delivered the goods with his jaw-dropping solo. It’s neither complex nor fast but it’s a stunning display of his mastery of the guitar.

It’s heavy and aggressive and somehow, it’s still melodic and hypnotic. His solo is what took the entire song to the next level.

Dark and ominous, it’s the opening track to the magnum opus “Paranoid.” From the riff to the solo, it showcased Iommi at his absolute best.

His solo packs a lot of punch. The riff often overshadows it but the solo is just as glorious.

Edgy, heavy-hitting, and filled with so much attitude, our only issue with Iommi’s solo is it’s way too short for us.