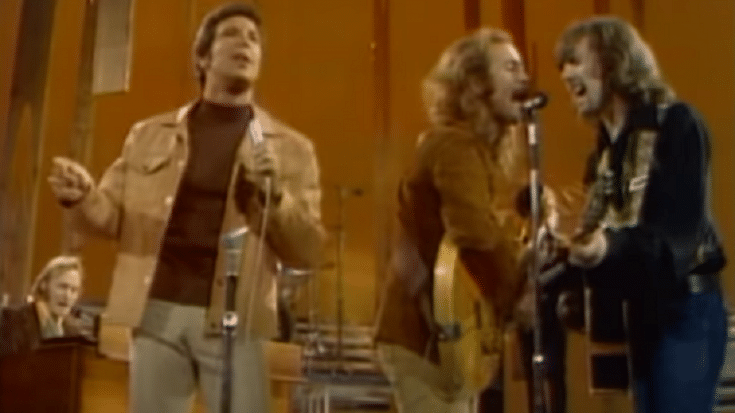 Crosby, Stills, Nash & Young were one of the biggest names in rock in 1969. A few weeks after their set at Woodstock Festival, they were invited to the show This Is Tom Jones. It was rather surprising because it’s no secret that Neil Young wasn’t a fan of TV appearances. His previous band, Buffalo Springfield, received an invitation to play on The Tonight Show with Johnny Carson and he commented, “I thought it was belittling what the Buffalo Springfield was doing. The audience wouldn’t have understood us. We’d have been just a fucking curiosity to them.”

But Young agreeing to play at Tom Jones’ show wasn’t the only treat for the audience. The host himself joined them for their performance of “Long Time Gone”. And he did so well that the band enjoyed teaming up with him on stage. Jones killed it with his singing and the smile on David Crosby’s face just said it all.

Young’s manager Elliot Roberts told biographer Jimmy McDonough, “Neil went, ‘The Tom Jones show! What possessed you? It’s that shit.’ He always used to say ‘that shit’… Neil never forgave me for that. He ripped me about it for a very, very long time. Years.”