Album Review: 3 Songs That Represent ‘The Cry of Love’ By Jimi Hendrix 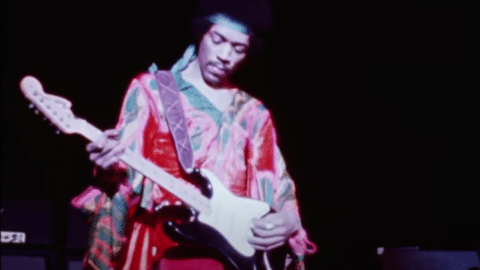 Jimi Hendrix only released three studio albums in his lifetime. But he spent his last months in the studio working on several songs which is why there are several posthumous releases that compiled his previously unheard works. “The Cry of Love” was released five months after his death. Most of the songs were recorded with drummer Mitch Mitchell and bassist Billy Cox at his Electric Lady Studios in New York City.

Recording engineer Eddie Kramer and Mitchell teamed up to put this together along with the help of manager Michael Jeffery. Among all his posthumous releases, this one is undoubtedly the best because several tracks were nearly completed by Hendrix himself. It’s a strong and cohesive record that captured Hendrix’s greatness.

The guitar work is spectacular but there are a few weak moments. Nevertheless, there are still great songs here.

It perfectly sets the tone for the entire album. But even before it was included in “The Cry of Love”, Hendrix already performed it regularly in concerts. It has since become one of his most popular songs.

Along with drummer Buddy Miles and bassist Billy Cox, they debuted the song at the Fillmore East on December 31, 1969. During recording, Traffic’s Steve Winwood and Chris Wood provided backing vocals.

It’s actually one of Hendrix’s earliest songs. He and Mitchell recorded it in October 1967 along with “Little Wing”. Hendrix wrote his following a dream about his mother.