Relive These 10 Songs That Are Known For Their Drum Sections 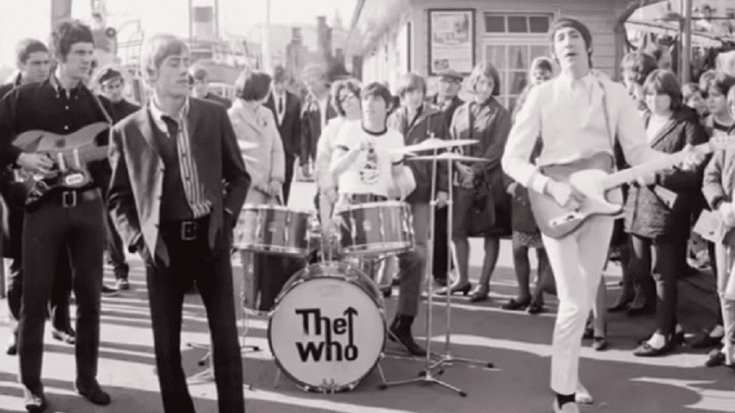 via The Best Of - Home Of Classic Music/YouTube

Only By The Kings of Slam

For this list, the spotlight is on the drummer. They don’t exactly have the easiest job in a band. They help form the song’s backbone and the drum sections can also serve as the track’s highlight. They may have the best seat in the house but it takes some serious skill to pull off complex rhythms. Solos aren’t just for showing off, although that’s kind of part of it, but it’s a way to showcase the drummer’s talent and musicality.

For the following songs, their drum sections made them more memorable. Let’s check them out:

A little over three minutes into the song and the drum solo kicks off. It’s explosive and unique – two things that made it stand out. They also highlighted Phil Collins’ stellar drumming. That’s pretty much why this is widely considered as his signature song. Even Ozzy Osbourne called the drum fill “the best ever – it still sounds awesome.”

Steve Gadd’s masterful drumming is on full display with Steely Dan’s epic masterpiece, Aja. Gadd did it in just two takes. And it’s one of the key elements that elevated the whole song into another level. He absolutely shined in this piece especially considering that it’s the first drum solo in a Steely Dan track.

It takes someone like Mitch Mitchell to keep up with Jimi Hendrix. His drumming’s powerful but not totally uninhibited. He played with power and finesse. It’s his fills that helped make this song a standout in Hendrix’s catalog.

Ginger Baker upped the ante with his drum performance in Toad. It’s so complex and intricate that there’s probably just a handful of other drummers who can replicate what Baker did in the song. It’s phenomenal and one that propelled baker to rock god status. Baker raised the bar in drumming.

Danny Carey is one of the reasons why Tool has managed to outshine their contemporaries. And his drumming in Ticks & Leeches showed that he was a force of nature. The intro alone oozes with power. And even with other stellar tracks on Lateralus, Ticks & Leeches was a real standout.

In progressive rock, there’s no shortage of talented drummers. Carl Palmer is a drummer extraordinaire. He fused elements of jazz, rock and blues into his rhythms. He’s highly skilled, no doubt about that. But he’s also fast, aggressive, and energetic. And he delivered the goods on Karn Evil 9.

Keith Moon pulled out all the stops for My Generation. His solo’s explosive even without the cherry bombs in his kit. His drum fills are chaotic and complex. For all his crazy antics, Moon was a monster behind the kit.

This song remains a benchmark in prog-rock. It’s a solid and coherent drumming. Highly complex, it definitely showcased serious drumming skills because no mediocre drummer can ever pull it off.

With Neil Peart, it’s hard to pick a Rush song with impeccable drum sections. YYZ and Tom Sawyer are definitely two of the most jaw-dropping masterpieces. For those who enjoy mind-boggling solos though, YYZ is definitely the track for them. It’s extremely difficult to play and only someone of Peart’s caliber can do it.

No one will ever close to John Bonham’s drumming in Moby Dick. Talk about power! It’s complex and almost surreal. One thing’s for sure. Those who saw this live didn’t leave the show disappointed. Bonzo knew how to create magic with his drums.