7 Jim Croce Songs That We Will Always Remember 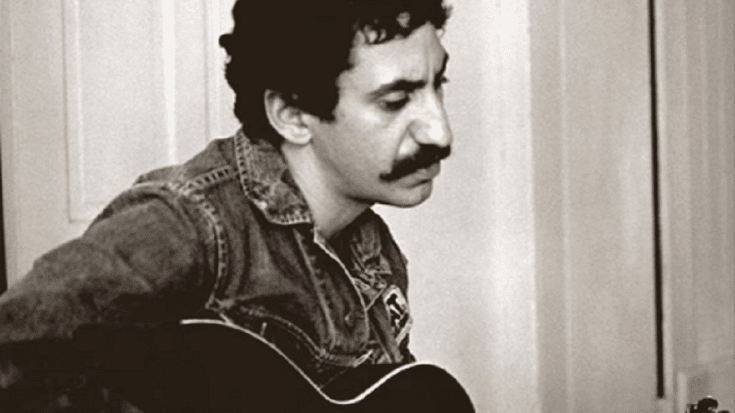 Jim Croce has one of the most heartbreaking stories in rock. His first two records were commercial failures and he had to take several odd day jobs to make both ends meet. He finally got his breakthrough in 1972 with You Don’t Mess Around with Jim which spawned classics like the title track, Time in a Bottle, and Operator (That’s Not the Way It Feels). And it was supposed to be just the start of something big. But come 1973, he toured around Europe, appeared on The Midnight Special, and earned a #1 single on the US charts.

But a day before I Got a Name was released, Jim was killed in a plane crash that also claimed five other lives. He was only 30 years old. A week later, his wife received the letter he sent while on tour which revealed his plans of retiring. Jim Croce was gone too soon but his music will live on. Here are seven of his timeless hits.

Released posthumously, this has a pretty interesting backstory. Jim wrote it in early 1973 when he got home and his wife Ingrid started asking about their finances. He was already touring but his financial situation didn’t improve. According to Ingrid, he didn’t argue with her because “He hated questions as much as he hated confrontation, especially about money. He stormed out of our bedroom and went down to the kitchen table to brood. The next morning he woke me gently by singing his new song.”

This song will tug on your heartstrings because a few seconds into it and you’d already feel wistful and melancholic. Jim had so much talent but he only got the recognition he deserved after his death. Although, we don’t just have photographs & memories to remember him by. At least, we have these tracks to remind us of his greatness.

Jim wrote most of his songs but not this. It was rather unusual but also exciting for him. Ingrid told SongFacts, “More people think he wrote that song. His voice was so unique… the timbre in his tone and his warmth and his generosity, everything came through that voice. So when he took a song, he’d make it his own, and I think he did a great job with ‘I’ve Got A Name.’ So many people like to think of Jim with that song that I hate to tell them it isn’t his.”

One of the most beautiful songs he has written, this has a special meaning to the Croces because Jim wrote it after Ingrid told him she was pregnant. This topped the charts for 14 weeks after Jim’s plane crash. It’s been used several times in TV shows, movies, and even advertisements.

3. Operator (That’s Not the Way It Feels)

Jim drew inspiration from his time serving the military where he’d see a line of soldiers waiting to use the phone. It’s also one of the tracks Jim performed during his appearance in The Midnight Special. Ingrid said, “But anyway, he was standing there in the rain at a payphone. And he was listening to these stories of all these guys, the ‘Dear John’ stories, that were standing in line waiting their turn in the rain with these green rain jackets over their heads – I can just picture it, all of them in line waiting for their 3-minute phone call. Most of them were getting on the phone and they were okay, but some of them were getting these ‘Dear John’ letters, or phone calls. I think that was the most important aspect of the song, because it was just so desperate.”

2. You Don’t Mess Around with Jim

The title track off his third studio album, it experienced a resurgence in popularity after the Netflix show Stranger Things featured it as Hawkins Police Chief Jim Hopper’s favorite song. It was used in both seasons 2 and 3. You Don’t Mess Around with Jim was also in an episode of The Greatest American Hero.

Bad, Bad Leroy Brown dominated the US Billboard Hot 100 for two weeks. And Jim also received two Grammy Awards nominations for this. Jim’s inspiration was an actual guy whom he met in the Army. The guy went AWOL but came back to get his paycheck. So Jim said he “knew someday I was gonna write a song about him.” This song also inspired Freddie Mercury to write Bring Back That Leroy Brown which Queen released a year after Jim died.