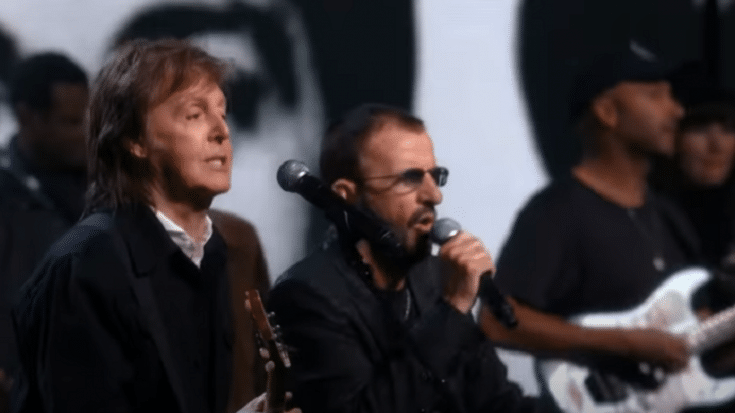 Other Rockers Joined Them Too

On April 18, 2015, Ringo Starr was inducted into the Rock and Roll Hall of Fame in Cleveland, Ohio. He’s the last of The Beatles to be inducted as a solo artist which is why during the induction ceremony, he said: “Finally, I’m invited and I love it.”

He was introduced by former bandmate Paul McCartney and they teamed up to perform a rousing rendition of The Beatles classic hit “With A Little Help From My Friends.”

Macca recalled, “Ringo was like a professional musician. We were just like, slamming around and doing stuff, but he had a beard – that’s professional. He had the suit. Very professional. And he would sit at the bar drinking bourbon and seven. We’d never seen anyone like this.”

Green Day backed Starr for Shirelles’ “Boys” and Joe Walsh joined him for “It Don’t Come Easy”. And after which, he brought out Macca on stage to the delight of the crowd. One can’t help but love their display of brotherhood – from their onstage banter to their undeniable chemistry.

In an interview with Rolling Stone, Starr was asked about being an inductee. He said, “It means recognition. And it means, finally, the four of us are in the Rock and Roll Hall of Fame even though we were the biggest pop group in the land.”