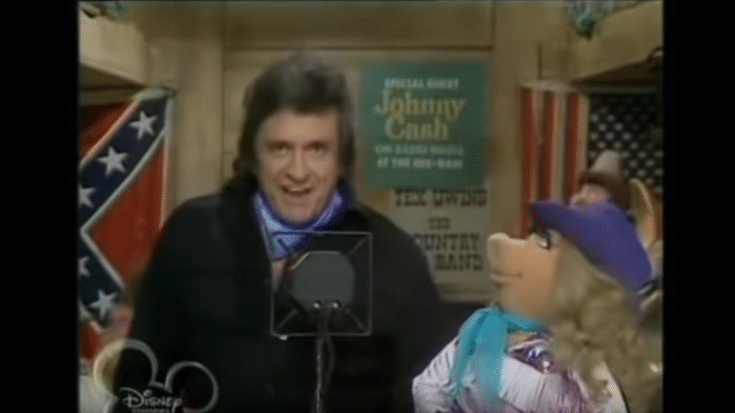 He Even Flirted With Miss Piggy During Their Fun Number

On February 14, 1981, Johnny Cash made an appearance on the Muppet Show where he performed “Ghost Riders in the Sky”, “Dirty Old Egg Sucking Dog”, and “Orange Blossom Special.” For the last number, instead of his wife June Carter Cash, it was diva Miss Piggy who joined him for the duet. The whole guesting was not out of character for Cash who’s quite known for his sense of humor. Check out the video below.

Years later, he also appeared on Sesame Street and sang “Nasty Dan” with Oscar the Grouch.

The Man in Black had been inducted into the Country Music, Rock and Roll, and Gospel Music Halls of Fame. He died on September 12, 2003 at 71 years old due to complications from diabetes – it was less than four months after the death of his wife. In one of his last interviews, he said: “You can’t let people delegate to you what you should do when it’s coming from way in here [heart], you know? … I wouldn’t let anybody influence me into thinking I was doing the wrong thing by singing about death, hell, and drugs.”