Relive The Highwaymen Live Performance Of “A Boy Named Sue” 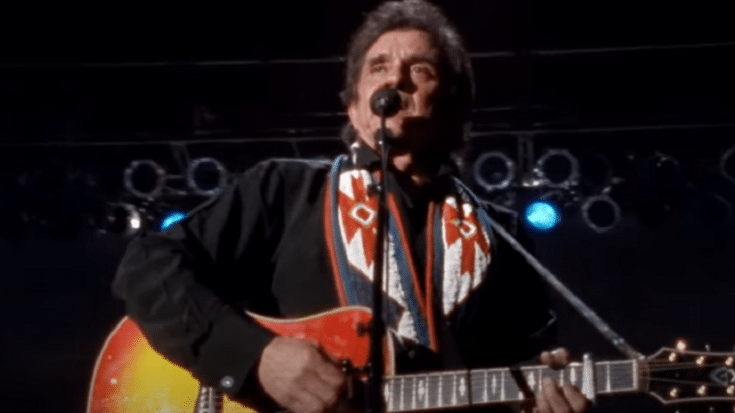 The country supergroup of Johnny Cash, Willie Nelson, Waylon Jennings and Kris Kristofferson held a concert at Nassau Coliseum, Uniondale, New York on March 14, 1990. The gig was released on a three-CD box set in 2016 titled “The Highwaymen Live – American Outlaws.”

One of the songs they performed is Cash’s 1969 classic hit “A Boy Named Sue”. Written by poet Shel Silverstein, Cash originally recorded it live on February 24, 1969 at California’s San Quentin State Prison.

Shel Silverstein’s nephew Mitch Myers told SongFacts, “Shel sang his song ‘Boy Named Sue,’ and Johnny’s wife June Carter thought it was a great song for Johnny Cash to perform. And not too long after that they were headed off to San Quentin to record a record – Live At San Quentin – and June said, ‘Why don’t you bring that Shel song with you.’ And so they brought the lyrics. And when he was on stage he performed that song for the first time ever, he performed it live in front of that captive audience, in every sense of the word.”

And as for The Highwaymen, they formed in 1985 and released three studio albums. They even starred in a movie together – the 1986 Western film titled “Stagecoach”.