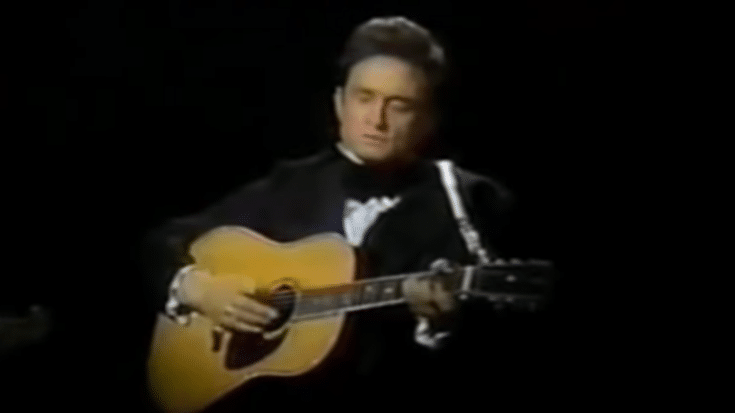 The 1960s had an abundance of protest songs against the Vietnam War but as people ushered in the new decade, there were still no signs of it ceasing anytime soon. It has went on way too long already and getting more and more costly every day. It was in 1973 when President Richard Nixon ordered the withdrawal of U.S. forces and after 19 years, the war ended on April 30, 1975.

Here are songs about or inspired by the Vietnam War:

Johnny Cash introduced this by saying, “I wrote a song yesterday for all the men in the military especially for those that are overseas and want to go home. I know how it feels, went to Vietnam two years ago. And I wrote a song about that.”

The song became an anthem for hippies and was used by protesters to send out a message of peace. Stevens said on The Chris Isaak Hour, “The words were attached to that time, my peace anthem. It ended every show that I did and was quite a show stopper. It was a very important song for me because it stated one of the big goals of my life which was heading straight for that peace.”

This may have become a Christmas standard and has been featured in several Christmas albums but John Lennon & Yoko Ono wrote it as a protest song during the Vietnam War. Lennon wanted to write a Christmas record but instead of the usual holiday imagery, he added an anti-war message. He once also said he got “sick of ‘White Christmas.'”

One of his most popular hits, the lyrics has several references to the then-ongoing Vietnam War. The song was an immediate success, topping the US Hot Country Songs (Billboard) and staying on that spot for three weeks. It also reached #1 on the Canadian RPM Country Tracks.

Frontman Iggy Pop shared that he got the title from an article in Time about the Vietnam War. He told Clash magazine in 2010, “The lyrics, I just sorta took out of Time magazine, the concept of search and destroy. I used to read Time obsessively, because they were the representatives of the ultimate establishment to me. They were giving the party line that represented the power people and the powers that be. So I kinda liked to look in there and see what they were talking about, and then I’d use that inventory in other ways. That’s what I was doing in that song.”

Graham Nash penned this for his debut solo studio album “Songs for Beginners.” It’s a reference to the 1968 Democratic National Convention in Chicago and the anti-war protests that happened during that time. Arrests were made and protest leaders were charged. Nash told The Guardian in 2015 about the only line he wished he didn’t write, “We were pretty blitzed. The line, ‘Regulations – who needs them?’ We need regulations. You’re not allowed to drive through a red light. There are certain societal rules that we have to live by. So I sing it differently now. I say: ‘Some of those regulations – who needs them?'”

Written by Renaldo “Obie” Benson, Marvin Gaye, and Al Cleveland, it was inspired by a police brutality incident Benson witnessed during an anti-Vietnam War protest. It’s one of the first Motown tracks with powerful political statement. According to Benson, “‘What is happening here?’ One question led to another. Why are they sending kids so far away from their families overseas? Why are they attacking their own children in the streets?”

Written by guitarist/vocalist Justin Hayward, it was about his anger at what was happening at the time especially with the Vietnam War. He told SongFacts: “There’s no doubt that it still resonates, the lyrics reflect whichever generation you’re in. Whatever time you’re in, people are experiencing those emotions. And I find that people identify with it at any age.”

Originally recorded by The Temptations, it was Edwin Starr’s version that dominated the US Billboard Hot 100 and it became one of the most popular protest songs of all time.

Neil Young wrote this after seeing photos from the Kent State shootings – when members of the National Guard open fired at unarmed Kent State University students protesting the Vietnam War, killing four of them and wounding nine others. The song became a protest anthem.