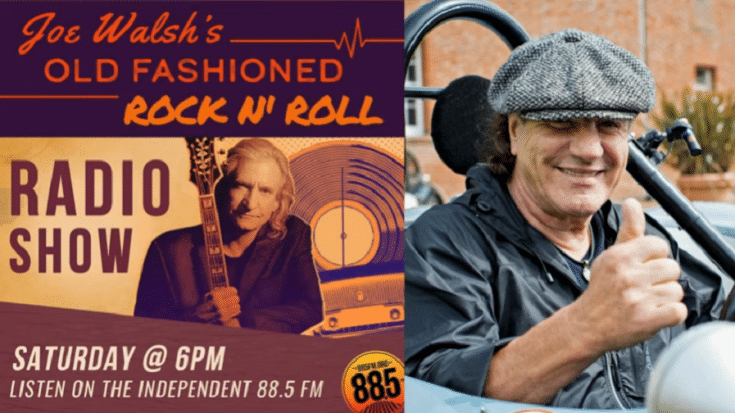 In May, Joe Walsh launched his “Old-Fashioned Rock n’ Roll Radio Show” from his own home. On a recent episode, AC/DC frontman Brian Johnson joined Walsh and they discussed a couple of things – how they’re both desperate to perform again on stage and they even joked about forming a supergroup along with fellow rock legends Robert Plant and The Who’s Roger Daltrey.

Walsh said, “I’m not gonna go there, but maybe we should start a band.” To which, Johnson replied with: “Aw, Joe, that would be good. Robert Plant, Roger Daltrey – we’d get all the boys. We can sing rock ’n’ roll harmonies.”

And although Johnson didn’t confirm anything about an upcoming album or plans for a world tour, he did admit that he’d been in touch with his AC/DC bandmates Angus Young, Cliff Williams, and Phil Rudd. Like other musicians, Johnson’s looking forward to the time when he can perform live again. He shared, “It would be lovely just to get out there … on that stage and just give it everything you’ve got. Can’t live without the music, son!”

We know they’re joking but imagine Walsh, Johnson, Plant, and Daltrey together sharing the stage. That would be epic!