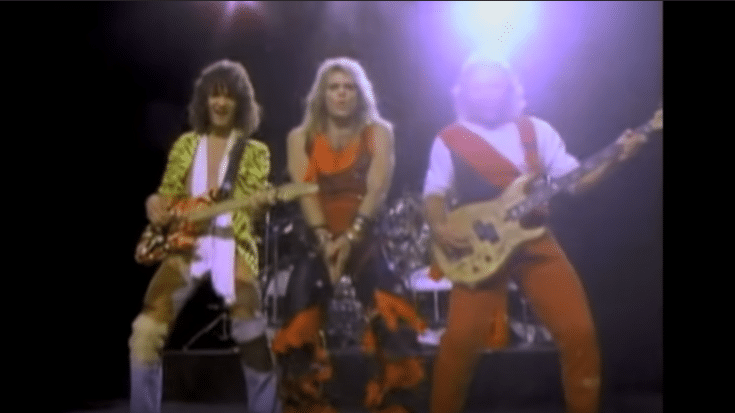 It Wasn’t All Rainbows And Butterflies

One of the greatest rock bands from the ’70s, Van Halen weren’t the first but they helped bring hard rock and heavy metal to the mainstream audience. Thanks to a string of classic hits, they were immortalized and have served as influential figures to other musicians. They may have sold over 56 million albums in the US alone but that’s not to say they didn’t have their fair share of struggles.

From personal problems to feuds, here are some of the rough times Van Halen have been through.

Some said Michael Anthony was fired from Van Halen while others claimed he left on his own. Eddie Van Halen said, “When Hagar left the band, Mike went with him. Then when we get back together with Dave, and all of a sudden, he wants back in. It’s like, ‘No, dude, you quit the band.’ So my son became the bass player. But we didn’t give Mike the boot to have my son play.”

Michael Anthony, however, revealed that he was just as surprised as everyone else when their 2007 reunion tour listed Wolfgang on bass. He said, “I never ‘quit.’ I never once said, ‘I’m out of here.’ It never happened.”

Actress Valerie Bertinelli was only 20 years old when she married EVH. After two decades of marriage, they divorced in 2007. She revealed in Oprah, “As we filled out the forms at home, we each held a little vial of cocaine. Now, if you ask me, those are not two people who should be making decisions about the rest of their lives.”

She also said that EVH’s rock ‘n roll lifestyle took a toll on her and she “would destroy my body trying to stay up with him. It got to a point whenever I heard the birds chirp, it was, ‘Oh, God, no.’ It took me years after stopping the cocaine before I could enjoy a sunrise and enjoy the sound of birds.”

After David Lee Roth left the band, Van Halen found themselves struggling to hire someone on the same level as their previous frontman. Whoever it was had large shoes to fill. EVH initially asked Scandal’s Patty Smyth but she refused the offer. It was then that they heard about Montrose’s former frontman Sammy Hagar.

Over the years, EVH struggled with various health problems. In 1995, he was diagnosed with chronic avascular necrosis. In 1999, he had to undergo a hip replacement surgery. In 2000, he underwent treatment for tongue cancer with roughly a third of his tongue removed. In 2012, a severe case of diverticulitis led him to undergo an emergency surgery. In 2019, it was reported that he had been traveling to Germany for five years for his throat cancer radiation treatment.