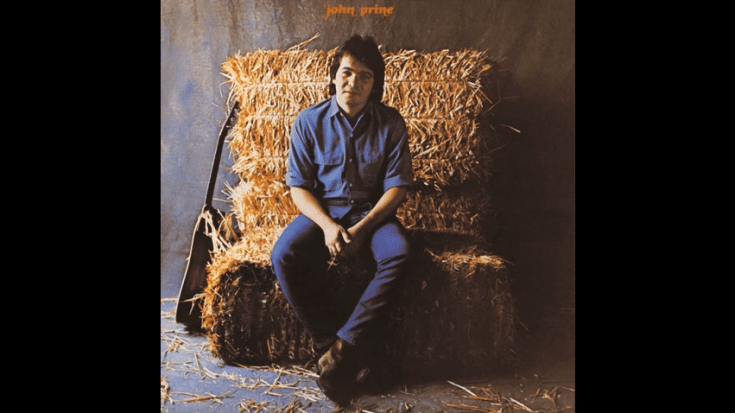 John Prine has been active in the music scene since the early 1970s. At age 14, he started learning how to play the guitar with the help of his brother David. He’s a stellar singer-songwriter and it wasn’t long before he joined the ranks among the greatest musicians in folk revival. He was often cited as an influential figure for several rock legends like Johnny Cash, Bob Dylan, and Roger Waters who described his music as ” just extraordinarily eloquent.”

Here are five of his best songs.

5. “Your Flag Decal Won’t Get You Into Heaven Anymore”

Taken from his self-titled debut album, this anti-war song isn’t everyone’s cup of tea but decades after its release, it remains powerful. He knew how to get his message across.

This song is about the effects of strip mining particularly in Green River in Eastern Kentucky where Prine’s parents were from. He told Performing Songwriter, “When I recorded the song, I brought a tape of the record home to my dad; I had to borrow a reel-to-reel machine to play it for him. When the song came on, he went into the next room and sat in the dark while it was on. I asked him why, and he said he wanted to pretend it was on the jukebox.”

A friend suggested that Prine should write “another song about old people.” The more he thought about, the more intrigued he became of “a song about a middle-aged woman who feels older than she is…[Eventually] I had this really vivid picture of this woman standing over the dishwater with soap in her hands….She wanted to get out of her house and her marriage and everything. She just wanted an angel to come to take her away from all this.”

With Prine’s songs, there’s always variety. For this one, it’s about the tragic story of a drug-addicted veteran who dies from overdose. Its original title was “Great Society Conflict Veteran’s Blues” and Prine’s inspiration was his fellow soldiers. He told Uncut, “All my buddies came home changed me. They weren’t the same. I was trying to explain that to myself, and that’s how I wrote Sam Stone. I wasn’t a protester or anything like that. I was trying to figure out why this crazy war was happening and what people were going through over there. We had been raised on John Wayne and World War II, but this was the opposite of that.”

He revealed to Performing Songwriter, “I’ve always had an affinity for old people. I used to help a buddy with his newspaper route, and I delivered to a Baptist old peoples home where we’d have to go room-to-room. And some of the patients would kind of pretend that you were a grandchild or nephew that had come to visit, instead of the guy delivering papers. That always stuck in my head. It was all that stuff together, along with that pretty melody. I don’t think I’ve done a show without singing ‘Hello in There.’ Nothing in it wears on me.”