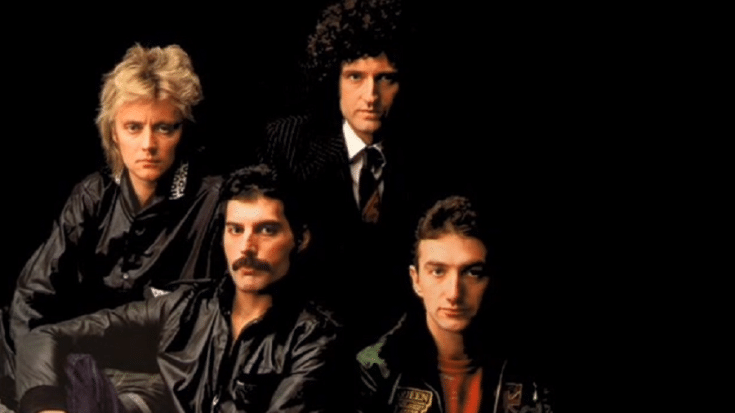 Remembering 1980 is rather bittersweet. For one, it was a year when The Pretenders and Iron Maiden made their debut and there were several rock acts who topped the charts and gave us classic hits. But on the other hand, rock ‘n roll also had some losses that year including the untimely deaths of John Lennon, AC/DC’s Bon Scott, Led Zeppelin’s John Bonham, and Joy Division’s Ian Curtis. A few months after Bonzo died, Led Zeppelin announced their breakup.

It wasn’t the best time in rock but as we ushered in a new era, we also witnessed the birth of different sounds and styles. Here are the five important songs of 1980.

5. Pat Benatar – “Hit Me With Your Best Shot” (Crimes of Passion)

It’s Pat Benatar’s first Top 10 hit and one of her most popular tracks too. It’s often played at sports events like soccer and baseball. Hit Me With Your Best Shot was also used in video games, commercials, movies, and TV shows. Since Canadian musician Eddie Schwartz wrote it, the song was originally from a male standpoint and Benatar simply tweaked the lyrics a little bit. She once revealed, “There were certain parts of that song (‘Hit Me With Your Best Shot’) that I liked, but most of it that I’ve sort of outgrown. I mean, it’s so hard to sing, ‘you’re a real tough cookie.'”

Queen ruled the ’70s with their monster hits but they welcomed the next decade with another string of timeless tunes. Another One Bites the Dust was a global hit and it dominated the charts for weeks. It sold over seven million copies making it the band’s best-selling single. According to Freddie Mercury, “Credit for the song should go to Michael Jackson in many ways. He was a fan and friend of ours and kept telling me, “Freddie, you need a song the cats can dance to.” John introduced this riff to us during rehearsal that we all immediately thought of disco, which was very popular at the time. We worked it out and once it was ready, played it for Michael. I knew we had a hit as he bobbed his head up and down. “That’s it, that’s the gravy. Release it and it will top the charts,” he said. So we did and it did.”

It’s one of the songs that established Ozzy Osbourne as a successful solo artist. Taken from Blizzard of Ozz, it’s massively popular and easily recognizable. Some of the highlights of the track include the riff and guitar solo played by the guitar deity Randy Rhoads. Bass player Bob Daisley told SongFacts how it all came together: “Randy had the basic riff, the signature riff. Then we worked on music together. He needed something to solo on so I came up with a chord pattern and the section for him to solo over.”

A theme song to the 1980 crime drama film American Gigolo, it rose to #1 on the US Billboard Hot 100 and held that spot for six weeks. Stevie Nicks was originally asked to do the soundtrack but she refused because of a contract she recently signed. When producer Giorgio Moroder approached Blondie’s Debby Harry and requested her to write the melody and lyrics, she came up with them in just a few hours.

On the first quarter of 1980, AC/DC’s future seemed bleak after their frontman Bon Scott died on February due to acute alcohol poisoning. Initially, the band didn’t want to continue but Scott’s family urged them on. The Back in Black album signaled their rebirth along with new frontman and singer Brian Johnson. The title track became their tribute for Scott. Johnson said in an interview that the other members told him to write the lyrics and “they said, ‘it can’t be morbid – it has to be for Bon and it has to be a celebration.'”