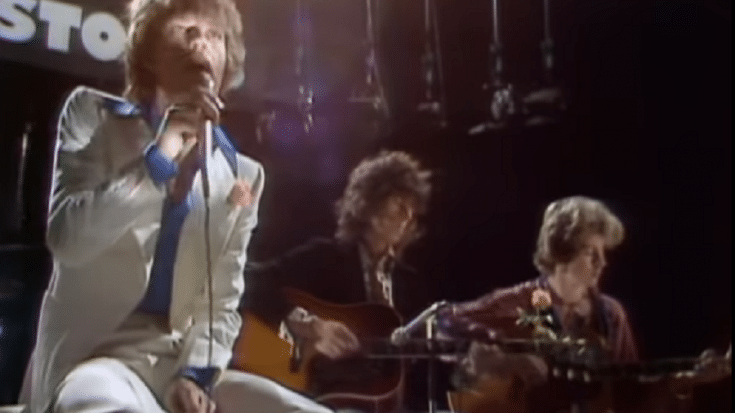 All The Stellar Tracks

Yet another important year in rock, 1973 remains unforgettable because it was filled with historical moments. Aerosmith released their debut album, Elvis Presley’s Aloha From Hawaii had over a billion viewers worldwide, ZZ Top cracked the top ten with Tres Hombres, Marvin Gaye scored a #1 hit with Let’s Get It On, and every member of The Beatles had new releases.

There were several stellar songs in 1973 so it was a real bummer to have to bump out some tracks from this list. Nevertheless, here are five songs that defined 1973 and became classics.

Before this title track of Steve Miller’s eighth album, he didn’t exactly have a huge hit. This song had references to his previous tracks but most people didn’t understand those callbacks. Miller’s been fronting his band for years but he struck gold with The Joker. Miller changed his style and everyone loved it, well almost everyone. The song’s silly and goofy but it did top the charts and almost two decades later, it again peaked at #1 because it was used on an advertisement. Pretty slick, huh?

The Allman Brothers Band was actually reluctant to record this because it was more country than anything they’ve ever recorded. It became their first and only top 10 single. It peaked at #2 on the US Billboard Hot 100 and was the closest they ever came to dominating the charts. Dickey Betts worked on it for a year but managed to write the lyrics in just twenty minutes. According to Betts, “The song, as I originally wrote it, had a country flavor and needed to be Allmanised—given that rock-blues feeling. I thought of Eric Clapton‘s ‘Layla’ —which had come out a year earlier—with its long jam at the end. I figured something like that might work.”

Pink Floyd’s first hit in the US, it has a rather unusual time signature. From the bass line to the guitar solos, it’s glorious. While it may not certainly be their best track, it’s catchy and easily one of the most fun to listen to especially with the sound effects. It’s trippy and way ahead of its time. David Gilmour said, “It’s Roger’s riff. Roger came in with the verses and lyrics for ‘Money’ more or less completed. And we just made up middle sections, guitar solos and all that stuff… It was my idea to break down and become dry and empty for the second chorus of the solo.”

This is the reason why The Allman Brothers Band’s Ramblin’ Man didn’t make it to the top of the chart. Because it was blindsided by Angie. It’s not hard to see why this ballad won the hearts of many. It’s not the usual straightforward rocker we’re used to hearing from the Stones. And well, we can’t help but fall in love with Mick Jagger’s vocal performance too. Adding to its popularity are the rumors surrounding the real identity of Angie – whether it was about David Bowie’s wife Angela or it’s Keith Richards’ daughter. But Richards wrote on his autobiography, “It was not about any particular person; it was a name, like ohhh, Diana.”

This power ballad off Lynyrd Skynyrd’s debut album is the band’s signature song. It took years after its initial conception before they finished it and then as they continued to refine the track, it only got longer and longer. They added guitar solos and so when they played it live, it would go over 14 minutes. Johnny Van Zant commented, “And really it’s a love song, its one of the few that Lynyrd Skynyrd’s ever had. It’s about a guy and a girl. Of course at the end it was dedicated to Duane Allman from the band Allman Brothers because it goes into the guitar part.”