Album Review: “In The Court Of The Crimson King” By King Crimson 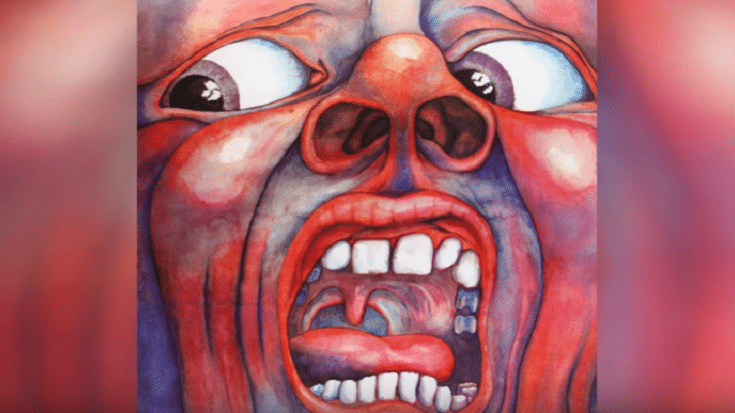 Few debut albums deserve to be mentioned in the same breath as In the Court of the Crimson King. On October 10, 1969 history was made in prog-rock. King Crimson’s landmark album spawned songs that were unlike anything at the time. It was original, unique, and almost surreal. 1969 was full of seminal records that launched various rock acts to a new stratosphere of stardom but even with such talented contemporaries, King Crimson stood out almost effortlessly. Most bands could only hope to achieve even a fraction of this album’s success.

In The Court is peppered with magic. It’s powerful but subtle. Monstrous but precise. Every song is a musical journey. It had elements of blues, jazz, classical, and rock. Recorded in only ten days, it’s daring and extravagant. But it delivered.

Ian McDonald’s Mellotron is the star of the record. But that’s not to say it didn’t also highlight Greg Lake’s stellar vocal performance or Robert Fripp’s tasteful guitar playing.

They kicked off In The Court in the best way possible – with the epic track 21st Century Schizoid Man. It’s a song like no other. Unforgiving and unrelenting, it’s what musical perfection sounds like. Fripp’s guitar solo, Lake’s distorted voice, and the overall vibe – it’s the track that defined King Crimson. I Talk to the Wind is a slow and gentle number, a delightful surprise after 21st Century Schizoid Man. It’s relaxing and enchanting and the perfect respite before King Crimson launches into the haunting Epitaph. With its heavy use of Mellotron, it’s a classic through and through.

Side two only has two songs. Moonchild, which isn’t everyone’s cup of tea, is often called a “space jam”. All things considered, it’s still good but just goes on way too long – at over twelve minutes. And the album wraps up with the title track, which is just fitting. The Mellotron takes center stage and there’s nothing quite like it.

In the Court of the Crimson King is in a league of its own. The album’s release marked a turning point in progressive rock movement and perhaps the only downside to it is that King Crimson could never replicate its brilliance no matter how much they tried. Overall, King Crimson laid down the foundation to prog-rock. Few albums can match its lasting impact and influence. They didn’t create prog-rock but they perfected its sound.