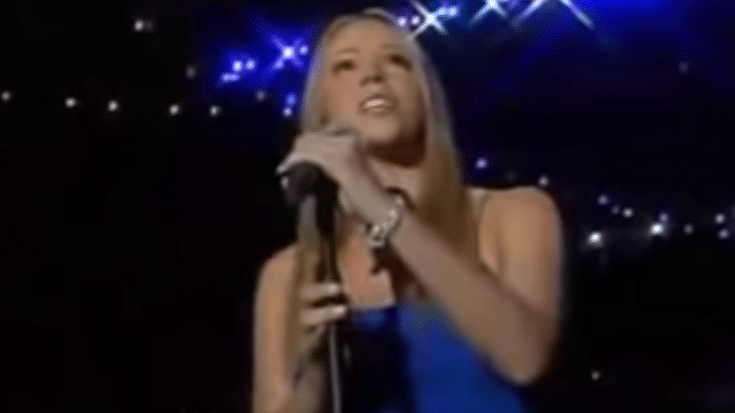 Tribute To 9/11 At Super Bowl XXXVI

Here we found a clip of Mariah Carey singing the National Anthem at Super Bowl XXXVI where the New England Patriots defeated the St. Louis Rams.

The National Anthem is always a spectacular event. But in 2002, it meant that much even more as the U.S. had just suffered one of the biggest tragedies in modern history with terrorist attacks just a few months before on September 11th, 2001. There was a difference ambience in the stadium that day. A whole nation. A feeling of sorrow. A feeling of hurt. But there was just something about that day, that also gave a feeling unity and pride. There have been many great National Anthem performances up to this point. But this one was different. This one was special.