Album Review: “Everybody Knows This Is Nowhere” BY Neil Young 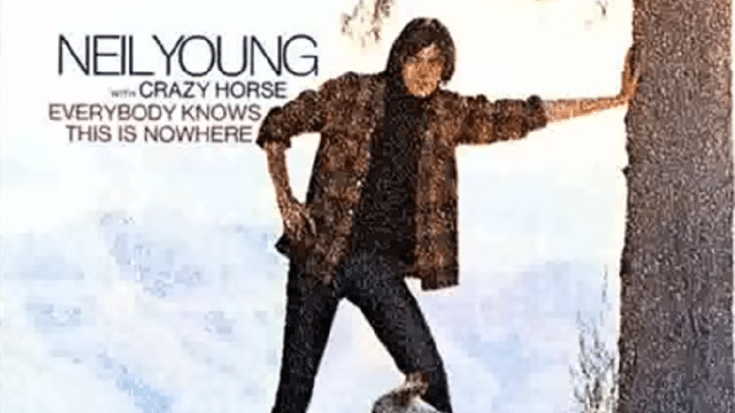 Already One Of His Best

Neil Young’s second solo album, Everybody Knows This Is Nowhere, is a monumental achievement of sorts. Released four months after his debut album, it was his first record with backing band Crazy Horse whom Young would collaborate with several times throughout his career. Everybody Knows This Is Nowhere spawned four songs that became fan favorites and staples in Young’s repertoire. With elements of folk, country, and rock, it was a glimpse of his musical greatness.

Young wrote all the tracks with most of them written in one day while he was suffering from a high fever.

The album opens with the blistering and guitar-heavy Cinnamon Girl – one of the best songs in his catalog. Catchy and face-melting, it’s a straightforward rock number that packs a lot of punch. The wistful title track follows and while not a monster tune, it showed Young’s growing confidence in his singing and his chemistry with Crazy Horse. Round & Round (It Won’t Be Long) showcased Young’s stellar vocals but it’s often drowned out by the more popular tunes on the album. Side one wraps up with Down by the River which is, for lack of a better word, majestic. It’s dark and haunting. Clocking in at a little over nine minutes, this guitar jam doesn’t deserve an end. It can go on for ten minutes more and we wouldn’t mind.

The Losing End (When You’re On) is a bit on the forgettable side. But only because it’s overshadowed by two other stellar tracks on side two. Running Dry (Requiem for the Rockets) is somehow stirring. It doesn’t shake your soul but it’s something that makes you feel things. The album closes with the epic Cowgirl in the Sand. From the lyrics to the soaring guitar, it’s exquisite, gritty, and glorious. It showcased the full depth of Young’s musicianship. And it also proved that Crazy Horse could keep up well with Young and his brilliance. Cowgirl put Young’s stellar range on full display.

Neil Young set the bar high with Everybody Knows This Is Nowhere. It’s remarkable, lyrically and musically. It’s a landmark not just in his discography but also rock in general. This is why he’s the Grandfather of Grunge – almost two decades before this subgenre became popular.