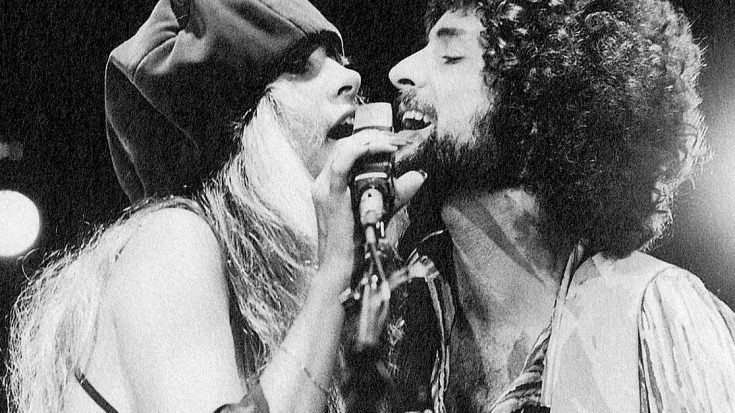 A 111-show, ’round the world affair, Fleetwood Mac’s 1979 Tusk tour was as ambitious as the album it supported and every bit as dramatic as the behavior the band engaged in behind the scenes. By the time the tour wrapped in 1980, the band had already seen a physical altercation between ex-lovers Stevie Nicks and Lindsey Buckingham and saw each member of Fleetwood Mac “barely able to stand the sight of each other” – but when they got onstage each night, they used that tension and anger to fuel some of the best concerts in recent memory, each show rising to a fever pitch and leaving fans wondering just how the hell Fleetwood Mac could possibly upstage themselves the following night.

The Tusk Tour nearly ended Fleetwood Mac, with tensions coming to a head following an instance where Lindsey Buckingham actually threw a Gibson Les Paul at Stevie Nicks at the tour’s end.

One such song that sent both the band and their audiences into a frenzy that tour was “The Chain,” the angry declaration of unity featured on 1977’s global hit album Rumours; in the performance you’re about to see, Lindsey Buckingham is a man possessed as he takes the lead, Stevie Nicks looking on from beside him with her signature tambourine and bandmates Christine McVie, John McVie and Mick Fleetwood following Lindsey’s lead and forming one cohesive unit almost like – yep, you guessed it – links in an unbreakable chain.

With its thundering bass line and searing guitar solo, these rock legends leave it all on the stage in this electrifying performance and for just a few moments in time, the drama they’d face once the curtain fell on yet another explosive Fleetwood Mac concert doesn’t matter; when you’re bound together by this kind of talent and energy, why should it?