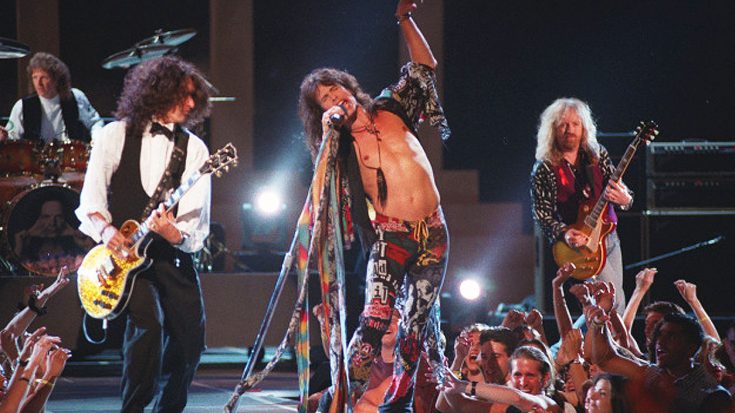 So Much Energy In One Song

Back when MTV actually played music, we had some pretty amazing performances at their award shows. Aerosmith’s performance at the 1994 MTV Video Music Awards (VMAs) might be the performance that tops them all, however. The band performed “Walk This Way,” and showcased an insane amount of energy brought out by their performance. Throught the entire song, Steven Tyler was jumping up and down, running across the whole stage and still singing in perfect key! Other band members like Joe Perry and Tom Hamilton rock out as well, and show why Aerosmith is one of the best live bands in music history!

In addition to the performance, the video also includes a hilarious interview Tyler and Perry did before the show. They bring along their video director Marty Callner along and answer some insightful questions, and of course goof off as well! There is also a clip of Aerosmith accepting 2 awards at the ceremony as well!

Check out the crazy performance down below!