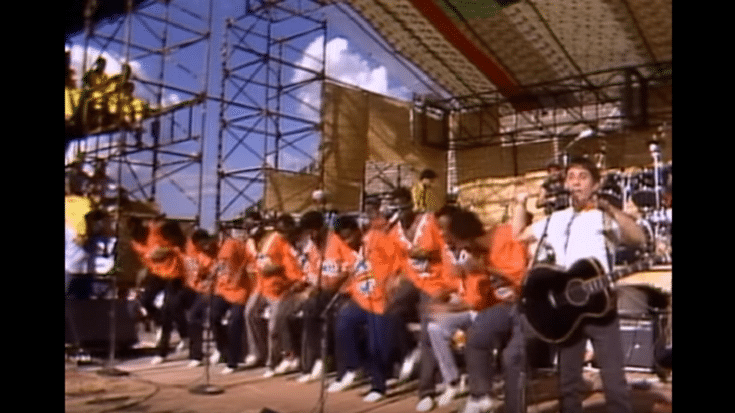 On February 11, 2020, the founder and leader of the Grammy award-winning South African choral group Ladysmith Black Mambazo, Joseph Shabalala died at 78 years old. In a post by the group, they said: “Through your music and the millions who you came in contact with, you shall live forever.”

As a tribute to this legend, here’s a video of one of their most unforgettable performances. Ladysmith Black Mambazo performed alongside Paul Simon for the track “Diamonds on the Soles of Her Shoes.” This was in 1987 at a stop in Zimbabwe for Simon’s “Graceland” world tour.

Although Shabalala founded Ladysmith Black Mambazo in the ’60s, they were introduced to the American audience only in 1986 when they were featured on Paul Simon’s seventh studio album “Graceland” for the songs “Diamonds on the Soles of Her Shoes” and “Homeless.” Both of these were written by Shabalala and Simon. The group also joined Simon as he went for a worldwide trek to promote the LP.

That wasn’t their last collaboration because Simon produced their 1987 album “Shaka Zulu” and it became their first international hit. It even won a Grammy Award in 1988 for Best Traditional Folk Recording. They soon collaborated with other music icons. They have recorded dozens of albums – several of which were certified gold or platinum.