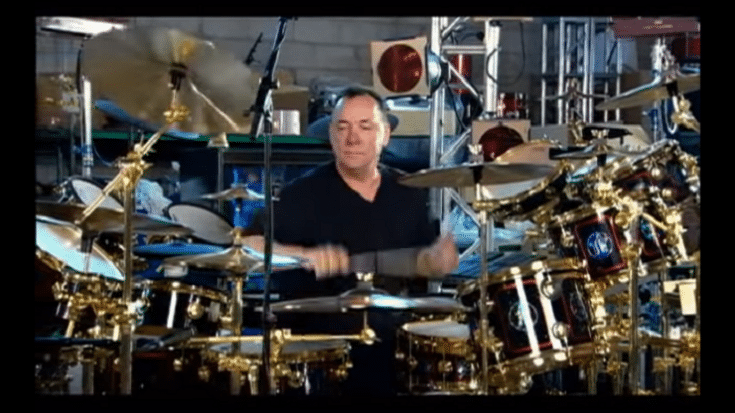 It’s no secret that aside from playing the drums, Rush sticksman Neil Peart’s other passion was riding his motorcycle. In fact, he released a travel memoir titled “Ghost Rider: Travels on the Healing Road” back in 2002 and it chronicled his long-distance motorcycle riding in the late 1990s across North and Central America.

In 2012, he published another book titled “Roadshow: Landscape With Drums” where he wrote about Rush’s 30th anniversary tour in 2004 and how he rode his BMW motorcycle in between gigs. He told Billboard, “Driving and listening to music is one of my favorite things, [but] the motorcycle demands for me a higher level of engagement with the world around me, so I can’t really personally imagine combining the two. But at the same time, music certainly is playing all the time in my head.”

He also wrote several other books about his travel adventures.

In the video below, originally aired on November 07, 2006, he discussed motorcycles and drums. He even proceeded to teach the host some important drumming pointers. And of course, he showed off his insane skills behind the kit which, not surprisingly, left the host in awe. You can check it out below.