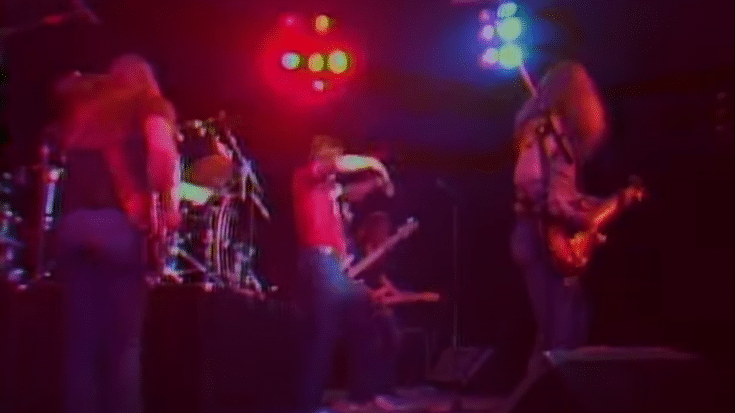 via Classic Rock on MV/YouTube

Molly Hatchet played at the Capitol Theatre in Passaic, NJ on November 10, 1978 and they powered through a six-song setlist that included covers of Little Richard’s Long Tall Sally and The Allman Brothers Band’s Dreams. Molly Hatchet also covered the latter for their self-titled debut album released on September 1, 1978 and retitled it to Dreams I’ll Never See.

Dreams was originally featured on The Allman Brothers Band’s eponymous LP released on November 4, 1969. The song showcased their jazz influences and they actually recorded it previously for their demo at Macon’s new Capricorn Studios. They finished the final version during their last day in the studio, it took them a while to lay it down because Duane Allman wasn’t too pleased with his guitar solo.

Written by Gregg Allman, it’s about unrealized dreams. He penned it while he was still living in Los Angeles and prior to the formation of The Allman Brothers Band. He wrote in his autobiography: “I showed them ‘Dreams,’ and let me tell you, they joined right in. We learned that song the way you hear it today, and I was in, brother.”

Watch Molly Hatchet bring the house down with their take on Dreams I’ll Never See.