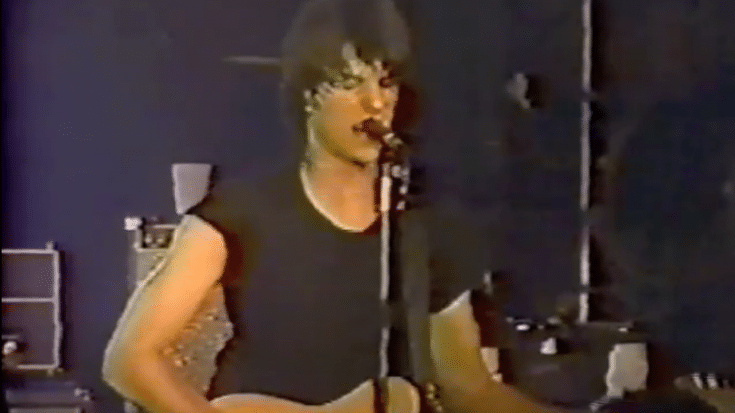 Keep Your Hands to Yourself was written by The Georgia Satellites’ lead singer Dan Baird in just one sitting while he was in their tour bus. It’s about the problems between their drummer and his girlfriend.

It was released as their debut single and peaked at #2 on the US Billboard Hot 100. The one that kept them off the #1 spot was Bon Jovi’s Livin’ on a Prayer. Because this was the ’80s, they released an accompanying music video that features a couple preparing for their wedding and towards the end, it finally showed a very pregnant bride. Both the song and the low-fi MV received heavy airplay – it constantly aired on MTV which only made the track more popular.

Although it put them on the map, this was the only hit for The Georgia Satellites and they were thus deemed as a “one-hit wonder”. Their follow-up was still a great rocker but it didn’t have much success on the charts – it didn’t even crack the top 20. Before they broke into mainstream, they’ve had several lineup changes and played at the local clubs and bars around Georgia during their early years.

Check out their live performance of this classic hit.