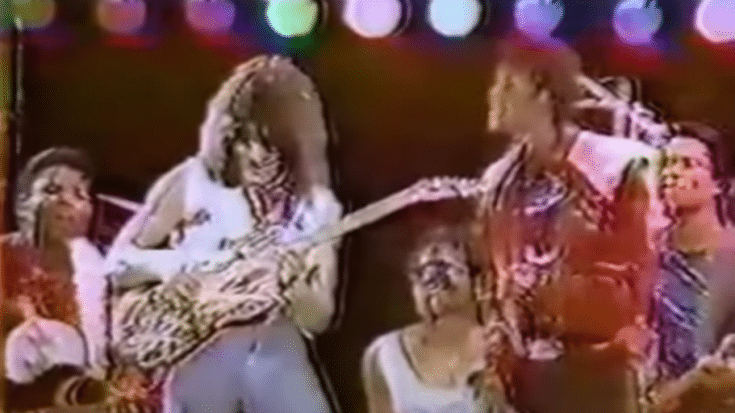 Eddie Van Halen famously collaborated with Michael Jackson by adding a face-melting guitar solo to MJ’s 1982 hit Beat It. The Who’s Pete Townshend revealed to Rolling Stone that MJ offered the gig to him first. Although he declined, he recommended fellow guitar legend EVH. EVH then met with MJ and Quincy Jones and although EVH was initially skeptical about adding his own flavor to a pop song, he agreed and worked on the track for free.

EVH told CNN in 2012, “I listened to the song, and I immediately go, ‘Can I change some parts?’ I turned to the engineer and I go, ‘OK, from the breakdown, chop in this part, go to this piece, pre-chorus, to the chorus, out.'”

“Took him maybe 10 minutes to put it together,” he continued. “And I proceeded to improvise two solos over it.”

After he finished, he didn’t know if MJ was going to like what he did so he warned him that he “changed the middle section” of the song. But as expected, MJ loved it and even thanked Van Halen “for having the passion to not just come in and blaze a solo, but to actually care about the song, and make it better.”