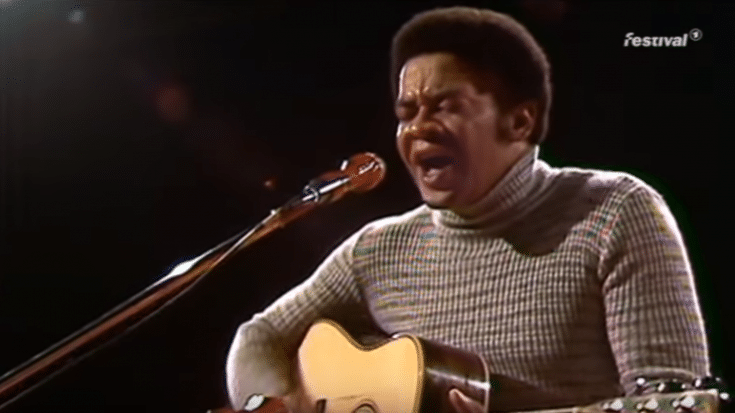 For almost thirty minutes, Bill Withers powers through a stunning set that features some of his greatest hits including “Ain’t No Sunshine” and “Lean on Me.” This live studio performance was filmed in 1972 for the German TV show Beat-Club. He’s backed by a spectacular band that consists of Melvin Dunlap on bass, Benorce Blackmon on guitar, Ray Jackson on keys, and James Gadson on drums.

Almost halfway through the set, Withers announces he has a cold but honestly, one can never tell because his voice is still incredibly beautiful. Talk about sweet and smooth vocals! Check out the setlist below.

Bill Withers was at the top of his game in the 1970s. He became an important figure in the development of the decade’s soul-funk sound. He won three Grammy Awards (and received six other nominations) and was inducted into the Rock and Roll Hall of Fame in 2015. His classic hits have been covered numerous times by other artists.