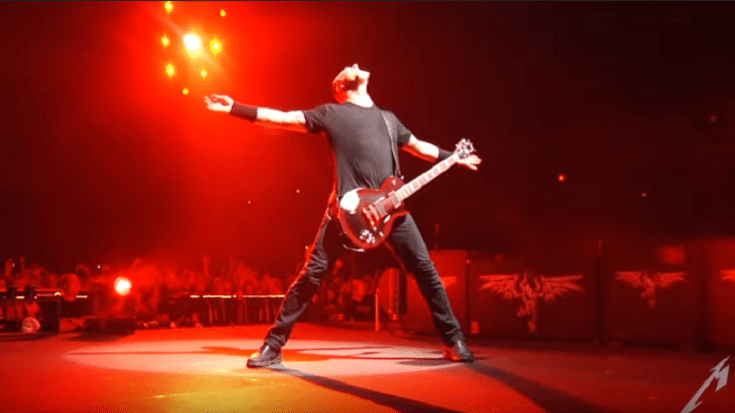 A few weeks back, Metallica launched the online weekly series “Metallica Mondays” and their latest offering is their concert which took place on July 22, 2009 at the Forum København in Copenhagen, Denmark – the second in a five-night run at the venue. This was part of their “World Magnetic Tour” in support of the band’s ninth studio album “Death Magnetic” released on September 12, 2008.

They did an 18-song set for this particular show – aside from five tracks off “Death Magnetic”, they also added some of their classic hits to the mix – “Master of Puppets,” “Enter Sandman,” and “Seek and Destroy.”

The “Live in Copenhagen, Denmark” is the third concert in the series and it follows 2017’s “Live in Paris” and 2019’s “Live from Slane Castle.”

In a statement, Metallica said: “While we’re all doing our part and staying home, we find ourselves missing live music, so how about we dive back into a few of our favorite shows at a socially responsible distance?”

Because of the coronavirus crisis, they had to move their South American tour to December. They were also slated to headline the Epicenter in Charlotte, Welcome To Rockville in Daytona and Sonic Temple in Columbus which were all canceled.