New Charity Single “Get Up” Features Brian May 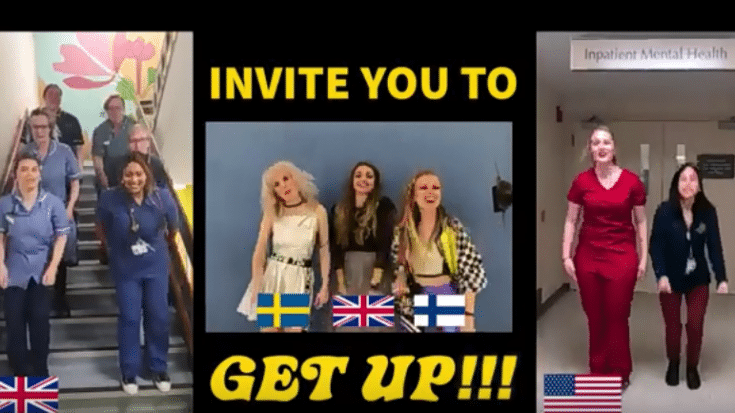 Queen guitarist Brian May teamed up with pop rockers Kings Daughters for new single titled “Get Up.” Not only does he play on the song but he also co-wrote and produced it. 10% of the proceeds from sales will benefit MIND which provides “advice and support to empower anyone experiencing a mental health problem.”

Kings Daughters shared a snippet of the upcoming music video on their YouTube channel. It features people doing the “Get Up” dance move from their home or workplace.

May said in a statement: “We’re launching this to the world not only as a kind of dance craze, but also a powerful tonic for people who really are paralysed with fear, depression or anxiety right now. Being a depressive myself, I definitely relate! I think kids and adults of all ages will feel the force of optimism and gratitude in this record when they sing and dance along to Get Up from isolation where ever they may be. The song will unite the world in hope for a better future.”

May posted a photo with the trio (lead singer Talia Dean, guitarist Isabel Lysell and drummer Vicky O’Neon) back in May 2019. The final music video will include fans who sent in their clips.

My pals —- them poor girls —- ! King’s Daughters ! Invading my studio ! Making a hit record on the quiet —- watch out ! @kingsdaughterss — Bri