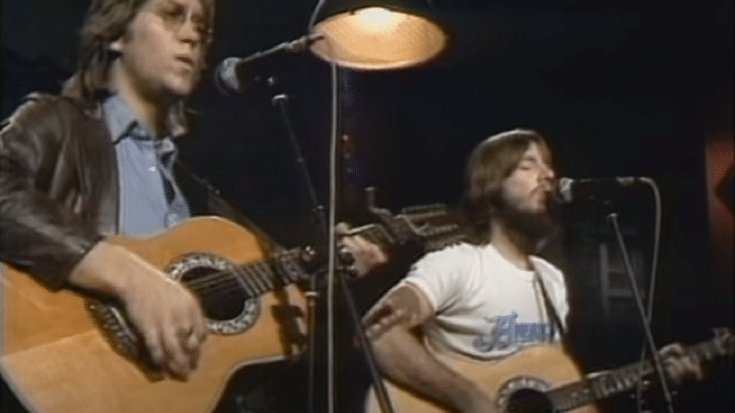 America’s Tin Man was released on their 1974 album Holiday as its first single. They brought in producer George Martin for this record. Written by Dewey Bunnell, the song references the Tin Man from The Wizard of Oz which was Bunnell’s favorite movie. He said, “I always loved it as a kid. Very obscure lyrics. Great grammar – ‘Oz never did give nothing to the Tin Man.’ It’s sort of a poetic license.”

According to bandmate Dan Peek, Bunnell begged them not to record the song. But he realized that it was “probably reverse psychology; if it was, Gerry [Beckley] and I fell for it, insisting it was perfect for the album.”

In an interview with SongFacts, Gerry Beckley revealed that “There are so many other beautiful lyrical twists in that song” which is why for him, “it’s not fair to simplify it as just a song about The Wizard of Oz.”

It became America’s 4th top ten hit in the US. It peaked at #4 on the US Billboard Hot 100, staying in that spot for three weeks. They struck gold with their first two albums but didn’t have much success with the third. Good thing Tin Man was a solid hit.