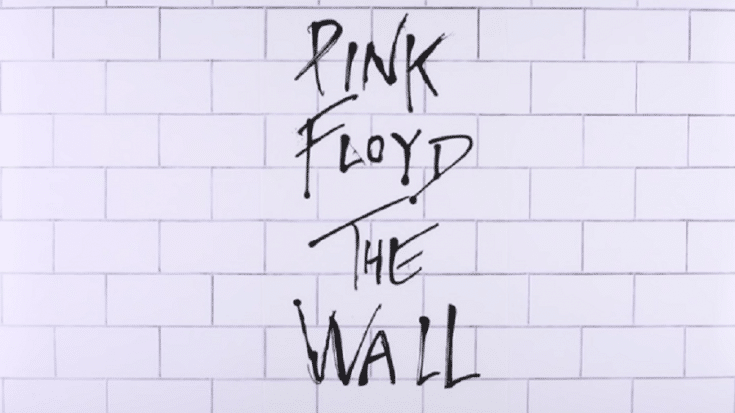 Pink Floyd’s The Wall is a tour de force. Developed by Roger Waters, the concept album follows the story of a jaded rockstar named Pink. It was ambitious but Waters knew what he wanted and how to achieve it. The Wall was a huge success, selling more than 30 million copies worldwide.

Waters conceived the idea during Pink Floyd’s In The Flesh tour in 1977. He didn’t have fond memories of the trek and in fact, he despised that particular experience. He recalled that their shows “became a social event rather than a more controlled and ordinary relationship between musicians and an audience.” There were fans who got so out of control that they set off firecrackers and Waters had to stop the performance to call them out.

During their final stop at the Montreal Olympic Stadium on July 6, 1977, audience members near the stage were so noisy and unruly that Waters just lost it and spat at them. He told the crowd, “For f–k’s sake, stop letting off fireworks and shouting and screaming. I’m trying to sing this song!”

This event inspired The Wall especially since after the gig, Waters couldn’t help but think about the barrier and disconnect between them and their audience. He also told producer Bob Ezrin about the alienation and isolation he felt.

By July 1978 when Pink Floyd got together at Britannia Row Studios, Waters presented the band with two of his ideas for the concept album. He gave them a 90-minute demo with Bricks in the Wall as the working title. Then the second option was about a man on a dream journey. His bandmates chose the first one and the second became Waters’ first solo album titled The Pros and Cons of Hitch Hiking.