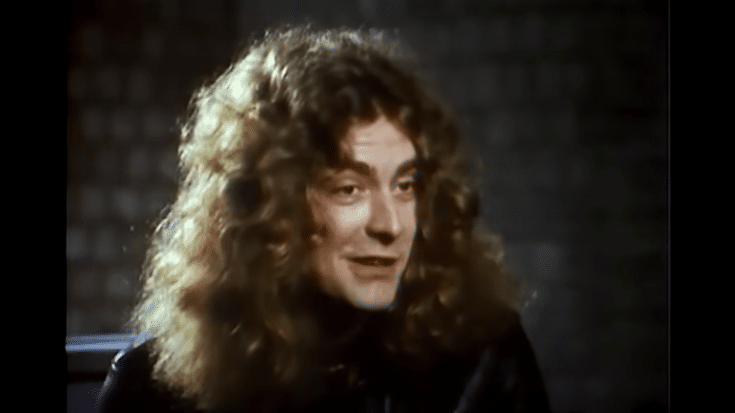 In the 1970s, Led Zeppelin was at the height of their career – establishing themselves as rock titans and churning out one classic after another. Early on, critics were far from impressed with them – calling them copycats and accusing them of not having an identity of their own. But it wasn’t long before the band proved them all wrong.

In 1975, Robert Plant sat down for a backstage interview with BBC’s Bob Harris. He talks about Swan Song – the record label that they launched a year prior. He also discusses their epic 1975 double LP “Physical Graffiti.” Watch the entire video below.

Meanwhile, Led Zeppelin’s original debut album artwork cover is headed for auction next month (sometime between June 2 and 18) at Christie’s, New York and is expected to rake in an estimated $20,000 to $30,000. The iconic image was designed by George Hardie whom the band paid for £60 and it was based on the famous Hindenburg image photographed by Sam Shere.

Christie’s senior specialist of Books and Manuscripts Peter Klarnet told Rolling Stone: “In terms of rarity, this is a unique object — I don’t think you can get rarer than that.” He further added, “The historical significance of this album cover cannot be understated.”