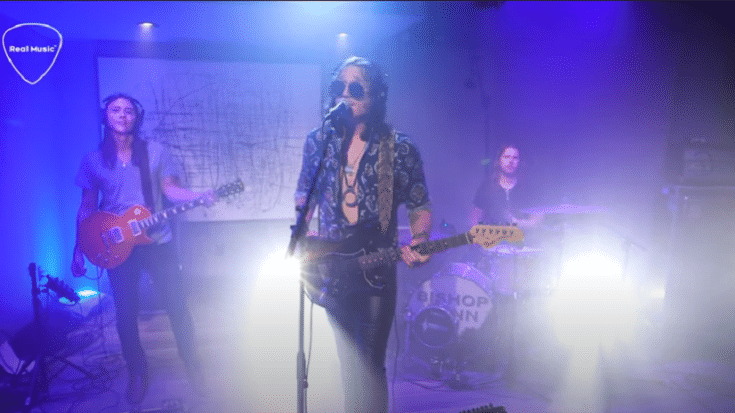 A Few More Days To Go

Last week, it was reported that Arkansas is set to host what would become the first concert in the middle of the coronavirus pandemic when mass gatherings are being prohibited. Scheduled on May 15 at TempleLive in Fort Smith, Bishop Gunn’s Travis McCready will play in front of an estimated crowd of 229 in a 1,100-capacity venue.

It will still follow social distancing guidelines by placing groups of fans in “pods” so they will only be grouped with those they’ve been quarantining with. McCready himself admitted that it might not push through but just a few days before the show, promoter Mike Brown remains confident and optimistic about the concert.

He told Rolling Stone, “By no means is anyone involved in this wanting to promote anything done negligently. But people are needing something, and when people need something, they get it in dangerous ways. I’d rather promote something where it can happen in the safest way possible for now, and it’s not just some bar opening up saying, ‘Everybody come and let’s party. One-dollar Coronas all night.'”

He further insisted, “We asked how can we maximize yield out of our occupancy and still maintain fan safety and experience. We went in and measured off every direction we can possibly see, and mapped it out so everybody is six feet from each other. All the traffic in and out of the venue is one way; you come into your section in one direction and exit out the other direction. There are 20 hand-sanitizing stations placed strategically in the building, not just at entrances and exits like the governor’s request. We shuttered down the bathrooms to only 10 people allowed at a time. We’ve closed off urinals and sinks to maintain social distancing. And we’re going to sanitize, which we’ve already done one round, but we’ll do it again before and after each show as we go forward, with a fog system that disinfects instantly.”

But the problem is, Arkansas’ reopening plan doesn’t include concerts until May 18. According to Gov. Asa Hutchinson’s guidelines, “Indoor venues such as theaters, arenas, stadiums, and auction houses that are designed for large groups may reopen on May 18th on a limited basis … for audiences of fewer than 50 and that require strict social distance among performers, contestants, and members of the audience.”

Brown also argued about the church allowing to open on May 4, “The virus doesn’t know if it’s in a church or a high school gymnasium or a music venue. I think there needs to be some clarity there.”

Aside from one-way walkways, TempleLive has shared their plans to keep the venue safe for the attendees such as fogging prior to the event and regular wiping down of the entire area including the bathrooms.

In a statement to Rolling Stone, Hutchinson said: “As advertised, this concert does not comply with our Department of Health directives for indoor entertainment venues. I appreciate the venue owners working to enforce social distancing and the wearing of masks to protect the concertgoers, but the concert remains outside of the state’s pandemic directive.”

In a joint statement to Rolling Stone, Fort Smith mayor George B. McGill and city administrator Carl Geffken also discussed about the controversial concert: “The Arkansas Department of Health is responsible for enforcement and they were made aware of the situation [earlier this week] during the press conference. Dr. Smith stated that the Arkansas Health Department will be investigating this event.”

Brown assured that they “are in communication with the Arkansas Department of Health to try and resolve this to where it works out best for the administration and for the venue and the fans and the band.”

Although Brown is confident that the concert will push through, McCready said: “Honestly, no. I’m just riding this.”