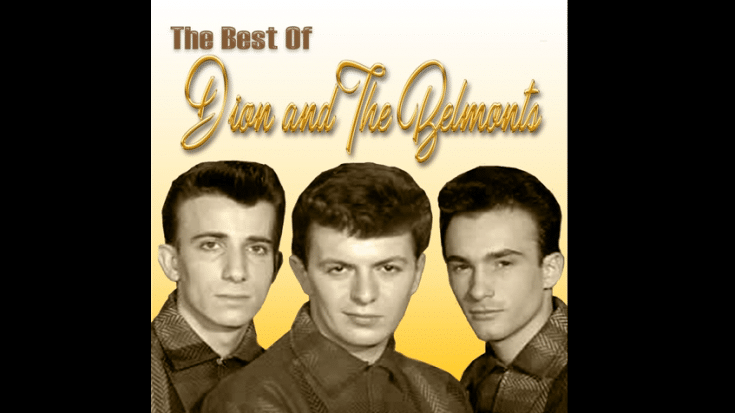 via Dion and the Belmonts/YouTube

Dion and The Belmonts rose to popularity in the late 1950s. Dion DiMucci had a series of singles which were unsuccessful so he was then paired with The Belmonts and it was a match made in heaven. Speaking about his group, Dion said: “I’d give ’em sounds. I’d give ’em parts and stuff. That’s what ‘I Wonder Why’ was about. We kind of invented this percussive rhythmic sound. If you listen to that song, everybody was doing something different. It was totally amazing. When I listen to it today, often times I think, ‘Man, those kids are talented’.”

Here are their most unforgettable hits.

7. In the Still of the Night

Originally recorded by The Five Satins, it’s one of the most influential doo-wop songs of all time.

The immaculate harmonies added more beauty and depth to the track.

5. When You Wish Upon A Star

The Beach Boys’ Brian Wilson once that the melody of their 1963 classic hit “Surfer Girl” was loosely based on Dion and the Belmonts’s version of this song.

This gave their popularity another boost and they were propelled to the national spotlight with the success of “Where or When” – it placed higher on the charts than any of their other songs.

1. A Teenager In Love

It’s widely considered as one of the greatest songs in rock ‘n roll.