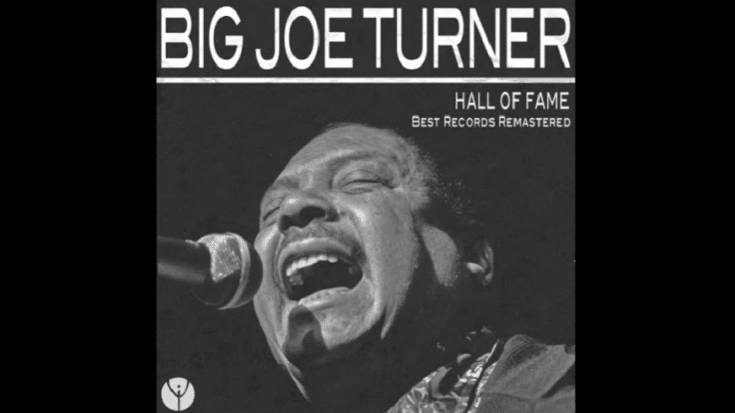 Big Joe Turner is known for being the premier blues shouter who shot to fame with a series of successful rock ‘n roll recordings in the 1950s but he continued to perform well into the ’60s, ’70s, and before his death in 1985. As far as music legends go, he was a cut above the rest.

During his induction into the Rock and Roll Hall of Fame in 1987, he was described as “the brawny voiced ‘Boss of the Blues'” and we couldn’t agree more. Let’s take a look at some of his finest musical moments.

Originally recorded by Bo Carter, it has been covered numerous times but Turner’s version became one of the most popular especially with his powerful vocals.

Easily takes you back to the ’50s.

Although it’s Big Joe Turner who wrote this, he gave the copyright to his wife Lou Willie. It was a huge hit, topping Billboard’s Rhythm and Blues chart and staying in that spot for eight weeks.

This song became integral to the development of rock ‘n roll.

That voice is everything!

Referred to as a “prototypical rocker”, it became popular among early rock ‘n roll musicians like Elvis Presley who performed it on his first television appearance on January 28, 1956.

Written by Jesse Stone and first recorded by Big Joe Turner, it was a massive hit and one of the most influential rock ‘n roll records of all time.