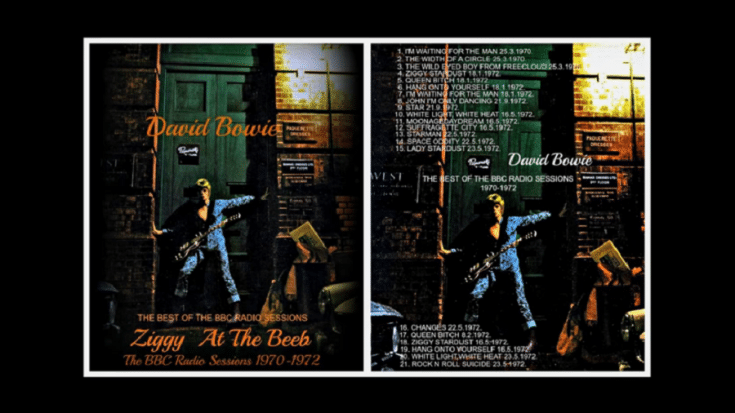 David Bowie churned out his greatest works in the ’70s but at the start of the decade, he was far from being a household name. Of course, by the time the ’80s rolled in, he already achieved icon status.

Like most rockstars, he was a struggling artist before he was propelled to superstardom. And one of shows that helped launch his career was BBC Radio 1’s “The Sunday Show” as Bowie recorded some of his rarest songs for DJ John Peel at the BBC Paris Cinema in Regent Street.

An interesting thing about this is that he played a couple of songs wherein the only live versions in existence is the recording below. There are tracks not included on “Bowie at The Beeb” because the master tape was accidentally wiped. Surprisingly, a copy surfaced in 1984 but the quality was rather poor. Still, fans didn’t mind as long as they get to listen to a piece of rock history.

It was Bowie himself who offered his personal copy to be used for the “Bowie At The Beeb” CD.